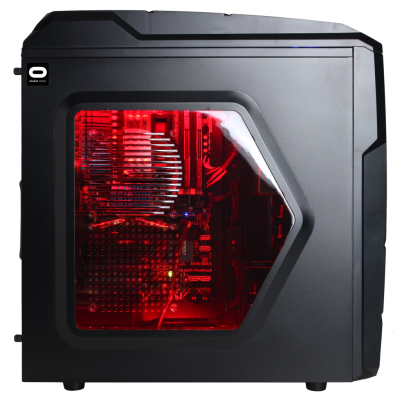 Earlier, we reported that Oculus CEO had announced a new technology called Asynchronous Space Warp, which allowed the Rift to work with lower-end systems than before. The company also announced a $499, VR Ready PC which is produced by CyberPowerPC and powered by AMD hardware. Now, we finally have a look at that system and its specifications.

The new system, which is limited edition and will be priced at $499 when purchased alongside an Oculus Rift, is produced by CyberPowerPC and will be available soon. The specifications include the following:

Along with that you get a keyboard and mouse, and a DVD drive making this a pretty solid deal, which would actually cost more if you built it yourself at today’s prices. Of course, this pricing is possible due to the bundling with the Rift, which would make this a $1,100 package, before taxes and shipping.

For more information, and updates you can check out CyberPowerPC.