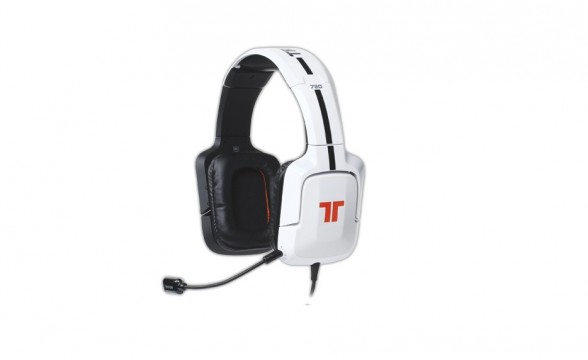 Mad Catz Interactive, Inc. (“Mad Catz”) announced today the TRITTON 720+ 7.1 Surround Headset, the upgrade to the Company’s TRITTON AX 720 Headset. Compatible with both the Xbox 360® video game and entertainment system from Microsoft and the PlayStation®3 computer entertainment system from Sony®, the TRITTON 720+ 7.1 Surround Headset is expected to ship in September 2012.

The 720+ features a number of key enhancements designed to offer superior performance and sustained comfort. All new Neodymium drivers have increased in size from 40mm to 50mm resulting in improved bass response and audio clarity. Featuring the latest Dolby Headphone technology, the 720+ delivers rich 7.1 Surround Sound, ideal for pinpointing in-game enemy movements or for enjoying movie blockbusters. In addition, the 720+ features Selectable Voice Monitoring (SVM), allowing users to choose to hear their own voice through the headset. Sporting a lightweight and flexible design, the 720+ has been designed for extended playing sessions and comes replete in an eye-catching gloss white finish.

“Following our recent announcement of the Pro+, we are pleased to continue upgrading our range of TRITTON headsets with the announcement of the 720+. We expect the 720+ to be a key product in our range as we continue to grow our portfolio and market share within the headset sector.” said Darren Richardson, the President and Chief Executive Officer of Mad Catz. “We believe the enhanced features and upgraded design of the 720+ further demonstrate our commitment to offering market leading product which appeal to the passionate gamer.”

Additional information and purchase options are available at the product page here.