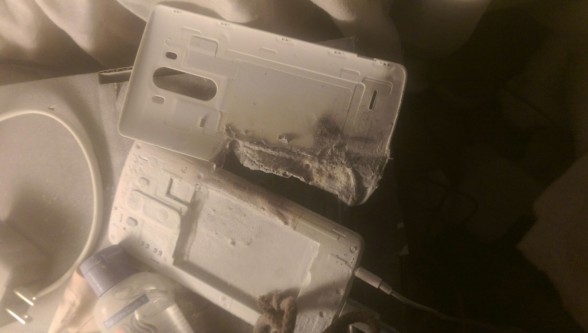 Pull out the battery on your latest smartphone, tablet, or laptop and you’ll likely find a lithium battery. Although lithium batteries have been revolutionary to portable electronics, these batteries are susceptible to a condition called thermal runaway – a process in which excess heat creates more excess heat creating a vicious cycle that can potentially damage, melt or, in extreme circumstances, explode the battery.

Unfortunately for one LG G3 user, this may be exactly what happened. Reddit user s-blade recently alleged that the battery in his sister’s LG G3 spontaneously burst into flames while resting on a mattress, damaging not only the phone but also burning the mattress as well.

“She was awake in her bedroom, we were annoying her to start getting ready for the morning when she was suddenly crying out that her phone exploded and we turned around to see tons of smoke coming from inside her room. It was literally right beside her.”

Some more pictures of the damage. 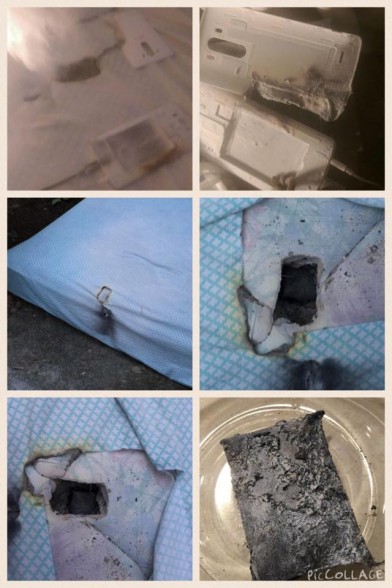 Generally these types of issues stem from using 3rd party chargers or batteries, but according to s-blade, both the battery and the charger were stock from the manufacturer. The user has contacted the mobile provider and the incident is currently under investigation. LG has yet to respond to the user’s inquiries.

Although this is an unfortunate circumstance, lithium battery failures such as these do happen from time to time and it has happened to almost every smartphone vendor on the planet including big names such as Samsung, Apple, Motorola, and many more. Even the Boeing’s 787 Dreamliner was grounded last year due to lithium battery failures. Personally, I always suggest using OEM batteries and chargers, and always try to keep phones and their batteries in a cool, dry, well ventilated space especially when charging.