According to various reports online, Intel may be ahead of schedule with the refresh of their Haswell CPUs and are planning to shift the “Haswell Refresh” desktop CPUs along with the 9 series chipsets to April rather than May, as originally planned. 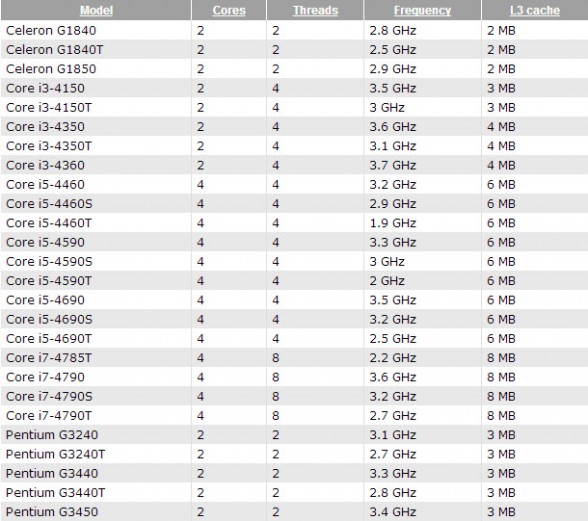 Refresh models coming in April will not include Haswell K Series although those processors are expected to arrive sometime in Q3 along with the release of Haswell-E. Intel’s next generation CPU, codename Broadwell isn’t expected to launch until the end of the year.