This week Intel launched the latest in their Celeron series of processors, based on their latest-generation 14nm Skylake microarchitecture. While these new CPUs won’t be landing in the enthusiast desktops that most of our readers will be using, they are meant for HTPCs, low-end desktops and basic office workstations. 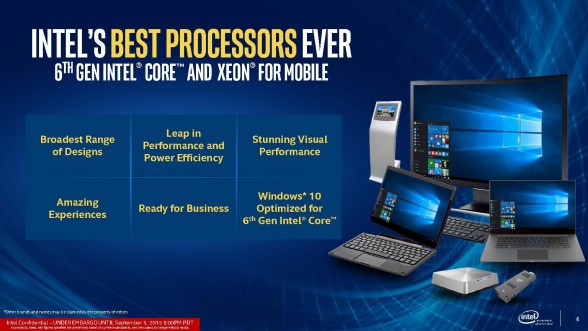 The i3 seems rather interesting as it may compete well with AMD’s APUs which previously have been much better in the sub $150 market (when it comes to gaming), and the ability to OC non-K CPUs makes this seem like a pretty good deal. Overall I can’t wait to get my hands on one of them and see how it compares to AMD’s options.