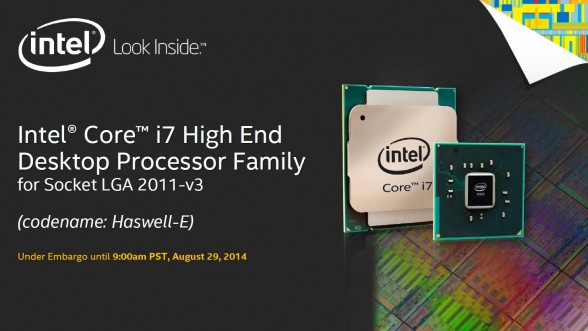 Well, it looks like the rumors regarding Haswell-E are spot on. Intel recently released their new Haswell High End Desktop processors along with the X99 chipset.

Those interested in building the fastest system today, the new Intel Haswell-E processors, Intel X99 based motherboards, and DDR4 memory is now available at your favorite e-tailers. 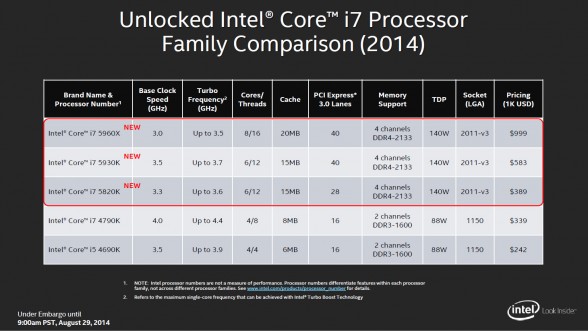 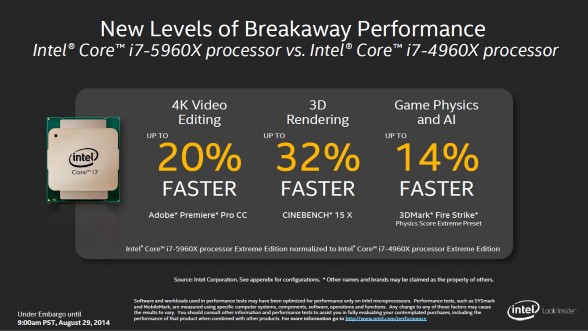 Most reviews online are relatively positive stating that while the processor is the fastest processor available on the consumer market today, it only makes sense for those actually doing work that requires a multi-threaded processor such as 4K video editing, 3D modeling, etc. In gaming and general PC usage, most reviewers have found that the new Haswell-E processor either offers minimal or no performance benefit in comparison to Intel’s recently launched Devil’s Canyon processors due to lower single threaded performance from lower clock speeds and reduced overclocking headroom.

Here’s a couple of the first in-depth reviews online. Check it out!