Intel’s upcoming Haswell-E processors have practically been the worst kept secret in Intel’s history and while we haven’t written much about the upcoming processors given most rumors have been unsubstantiated, hardware leak site VideoCardz recently released what appears to be an official slide deck that seems legitimate.

The full slide deck can be viewed on VideoCardz website here, but here’s a couple of the more interesting slides. 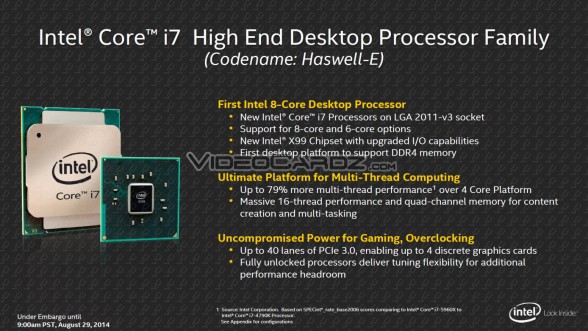 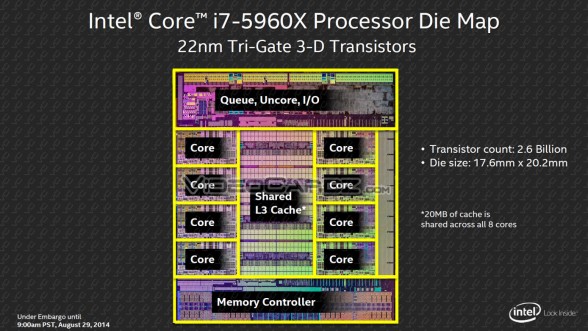 Most of this information has already been rumored, so nothing too surprising here. The upcoming Haswell-E processors will be based off Intel’s 22nm Tri-Gate 3-D transistor technology and will be using the new LGA 2011-v3 socket, which will be supported by upcoming Intel X99 chipset based motherboards. Those who’ve been following the hardware industry have probably seen every motherboard manufacturer leak their own upcoming X99 board designs by now. 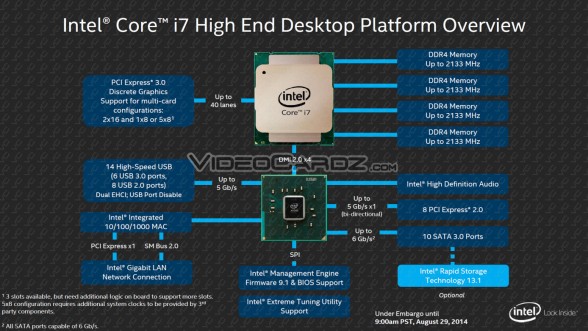 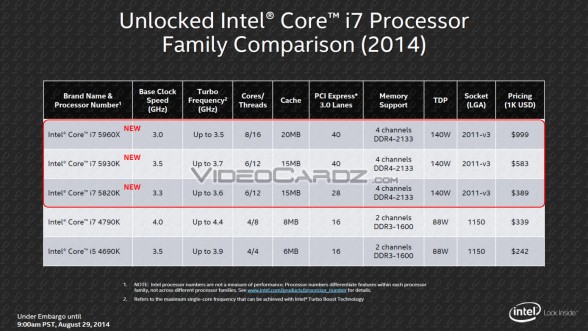 Feature wise, we’re seeing nothing new at this point. The Intel Core i7 5960X and 5930K will come with 40 PCIe 3.0 lanes and the Intel Core i7 5820K will come with only 28 PCIe 3.0 lanes. All chips will have native support for SATA 3 6Gb/s and USB 3.0. There’s no mention of native Thunderbolt support, so that’ll be up to board vendors to integrate.