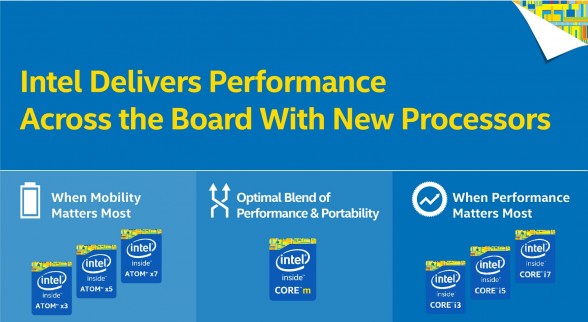 Intel will soon be re-branding their entire future Atom CPU lineup to deliver more consistent branding across their product lines. As most of you are familiar, Intel’s Core processor lineup has used the i3, i5, i7 naming convention with great success since the launch of Sandy Bridge back in 2011. Like the core processors, next generation Intel Atom processors will now follow the good (x3), better (x5), best (x7) naming strategy as well.

Intel didn’t specify any details on which of their upcoming Atom processors are going to be using the new branding, but Cherry Trail products based on their 14nm process are expected to launch sometime this year.