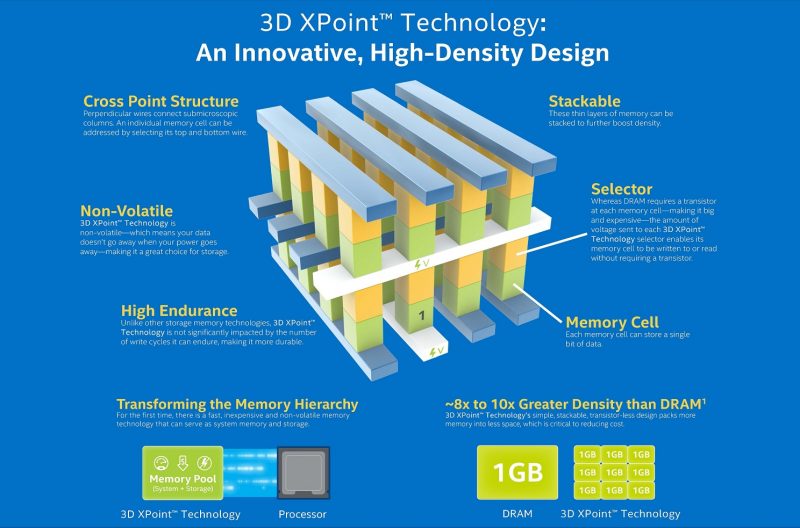 It’s been well over a year since Intel and Micron launched 3D Xpoint, but we’ve seen very little additional information from both companies regarding the upcoming technology or its products. A recent leak from Chinese publication Benchlife however, sheds some light onto Intel’s upcoming product, named Optane, which will feature 3D Xpoint technology.

The information comes in the form of a spec sheet which details the upcoming Intel Optane Memory 8000p Series including performance and capacities.

While performance here appears a bit slow, it’s important to keep in mind that these are very low capacities. As 3D Xpoint dies are 128Gb (16GB), these performance figures reflect what we can see with just one or two dies. 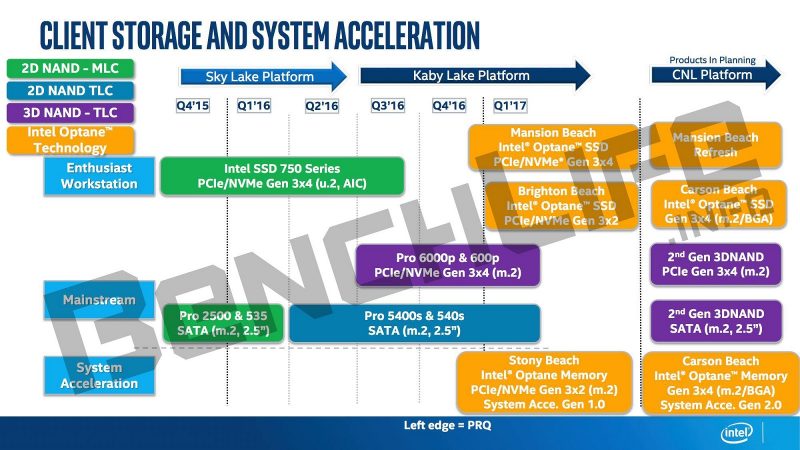 Further, here’s a look at a previously leaked roadmap for Intel’s upcoming storage products. This suggests that these Optane 8000p drives are likely to be in the mid-range compared to the PCIe Gen 3 x4 SSDs which are also expected to be revealed 4Q16 or 1Q17.

Currently no pricing information is available at this time however, Intel has previously noted that the cost of 3D Xpoint will likely be between DRAM and NAND. Depending on the accuracy of previously leaked roadmaps, we’ll likely see these 3D Xpoint based Optane drives during CES 2017.