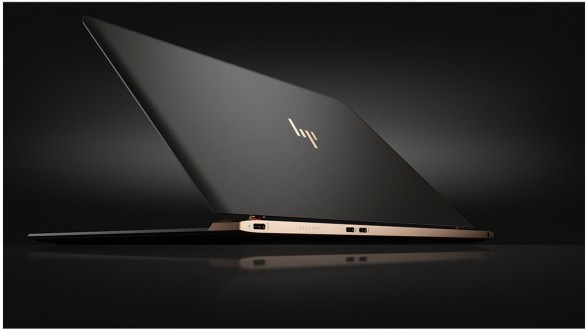 HP’s new Spectre laptop is not only the thinnest laptop on the market, but quite possibly the sexiest too.

As a new premium product to the HP’s Spectre line, the HP Spectre shows off its luxury heritage to the fullest. Meticulously crafted from aluminium and carbon fibre in a two-tone accent, the Spectre is just 10.4mm thick and weighs 2.45lbs. The corning gorilla glass screen and the unique piston hinge mend the pieces together in a spectacular fashion. 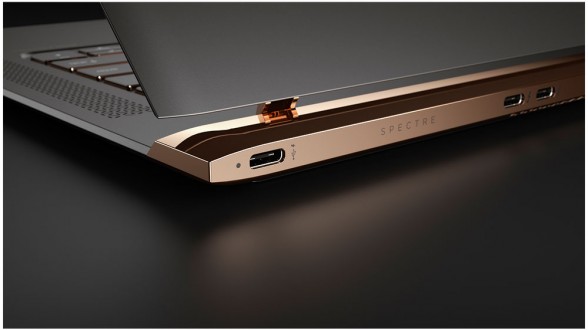 Unlike some competitor’s products, the Spectre does not sacrifice on the number of ports. In fact, the Spectre comes with three USB Type-C ports, two of which are compatible with Thunderbolt. Because the Spectre’s base is so thin, the ports are condensed in the rear. 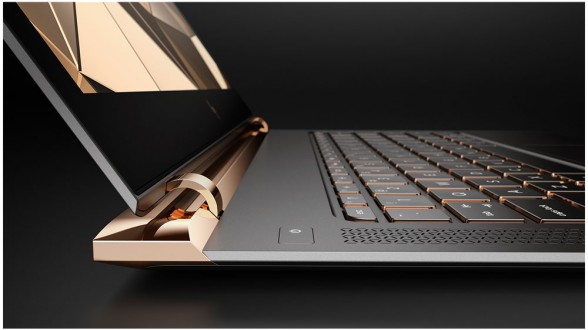 Powering the Spectre is Intel’s 6th Generation Core U series processors. Users can configure the Spectre to have up to an Intel Core i7-6500U, 8GB of RAM, and 512GB PCIe SSD. To cool the CPU, the Spectre actually has a fan crammed inside the base. Instead of pulling hot air outwards, the fan blows cold air inwards and forces it through an exhaust. Also in the base is HP’s first hybrid battery. Four sheets of polymer batteries are connected together to give the device a 9-hour battery life.

Unfortunately, the 13″ IPS panel is limited to 1080p. HP has yet to state whether it will be a touchscreen.

Starting at $1,169, the Spectre is surprisingly tame on pricing. Granted, that’s no chump change, but as a device that’s aimed at premium users, the Spectre seems to have enough to justify itself.

You can find out more about the HP Spectre, as well as sign up for email updates on its release date here.