GIGABYTE has just unveiled an update to their complete GTX 900 Series and Titan X lineup, the new cards will feature new aesthetics, improved factory overclocks, better cooling, and new overclock-ready custom PCBs.  The new cards are part of the company’s newly introduced Xtreme Gaming series, and will have models ranging from the GTX 970 all the way to the Titan X. 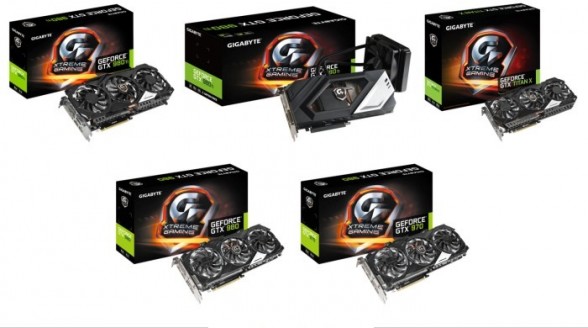 The new lineup will consist of nearly every GTX 900 series card released to date, including the Titan X, GTX 980 Ti,  GTX 980, GTX 970. The only cards missing seem to be the GTX 960 and recently released GTX 950, which may be released later on. The new lineup seems to consist of a refined version of GIGABYTE’s WindForce 3X cooling solution, as GIGABYTE claims to have “top-notch GPU core performance” thanks to their Gigabyte GPU Gauntlet Sorting technology, which the company has lauded since it was introduced. In addition to a significant factory overclock, GIGABYTE has also overclocked the memory clock on all of the lineup, in order to deliver the best possible gaming performance. 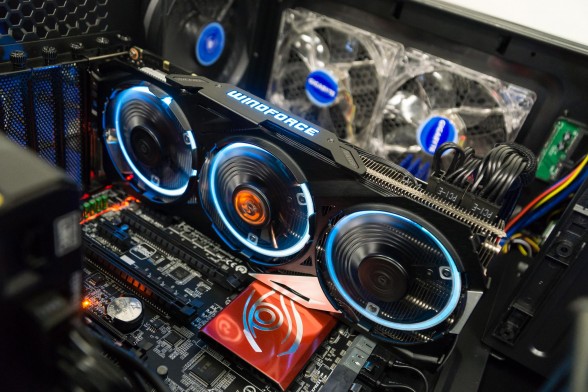 All of the air-cooled cards in the lineup feature a redesigned version of GIGABYTE’s WindForce 3X cooling solution. The new design consists of a neutral colored black housing, which features silver accents, in addition to RGB lighting on the both the WindForce logo, and around the fans. This customization should make the new cards a top choice among users looking for a completely colored matched system. In addition to new aesthetics, the cooler also features 3D-Active fan technology, which is the first 0dB semi-passive fan design, and has been available on all of GIGABYTE’s WindForce cards to date. 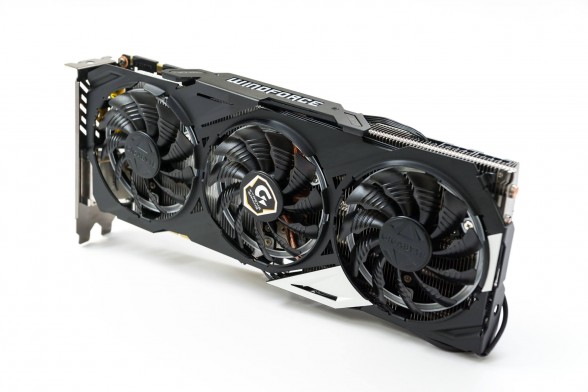 As for specifications, starting with the flagship GeForce GTX Titan X Xtreme Gaming; — which is one of very few non-reference  Titan X cards — the card features the same fully unlocked GM200 core we know and love, with the addition of a non-reference design and the WindForce 3X’s 700W of cooling power. That hefty cooling performance allows for some equally hefty factory overclocks, which GIGABYTE has delivered. The card is clocked at 1165 MHz base and 1266 MHz boost clock, and features a memory clock of 7 GHz. The card features a reference PCB, and therefore is powered by a 6+2 phase PWM design.

If you’re looking for something with a bit more enthusiast-level overclocking potential, then the GeForce GTX 980 Ti Xtreme Gaming, may be more up your ally. It features 12+2 Phase PWM design and has clock speeds of 1216 MHz base, 1317 MHz boost and 7.2 GHz memory clock. In addition to the very same WindForce 3X cooling solution found on the Titan X model, the GIGABYTE GeForce GTX 980 Ti Xtreme Gaming also comes in a WaterForce version, which features the same PCB and GPU configuration but offers the added overclocking potential of water-cooling.

The GTX 980 Ti XTREME GAMING also offers the WATERFORCE edition for those favor the liquid cooling solution. The exclusive all-in-one, closed-loop water cooling system features the full-coverage cooling module covering not only the GPU, but also the heat-generating VRAM and MOSFET. This design requires no additional fan like other competitions in its class for a much superior acoustic performance.
The robust FEP tubes can effectively prevent the leak and fare a lower coolant evaporation rate. Coupled with the 120mm silent fan and the low-noise pump, the graphics card is able to perform up to 38.8% cooler than the reference cooling in operating temperature for ultra-stable gaming in near silence.

No word on pricing or availability, but we expect to hear more soon.