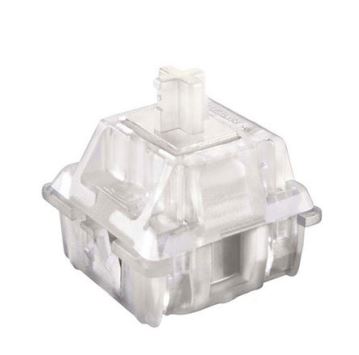 The Cherry MX RGB Nature White switch is the first Cherry MX switch to feature a translucent housing. Traditionally, LEDs for keyboards are mounted next to the switch stem. With a clear housing, the LEDs can now be mounted into the base of the switch for a more even luminosity.

Currently, Ducky Keyboards is the only keyboard manufacturer looking to implement the Cherry MX RGB Nature White in its keyboards. The company’s signature Ducky Shine 5 will have the option of being outfitted with this new switch. But with the ever increasing popularity of mechanical keyboards and RGB lighting, it will only be a matter of time for other peripheral companies to inter integrate this switch into their products.