Up until recently, we had high expectations for Intel’s upcoming Ivy Bridge processors. What kind of expectations? Improved graphics, lower TDP, better clock for clock performance, and of course better overclocking ability.

Lately however, it seems like rumors of the new processors have taken a turn for the worse. A couple days ago we saw rumors that the i7 3770K was a worse overclocker (on air) than the current generation Sandy Bridge processors and today, we’re seeing leaked images of the i7 3770K with the box specifications listing the processor at a 95w TDP. Since we were expecting the i7 3770K to be introduced with a TDP of 77w, a 95w TDP is quite a big jump and isn’t an upgrade at all from the current generation Intel Core i7 2600K. 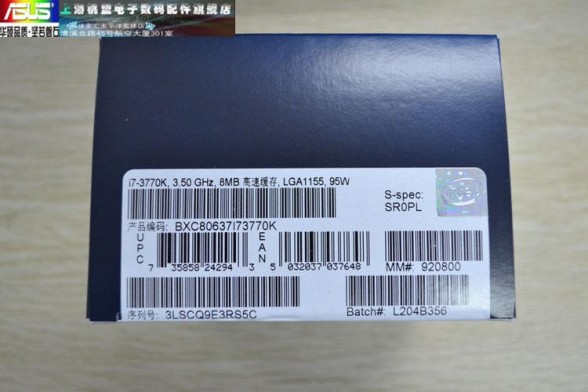 Why the big jump in TDP and worse overclocking performance? Well, rumors are floating around that this is due to Intel’s new 22nm process and their use of the new Tri-gate transistors. Because Tri-gate transistors are in the most basic terms, transistors flipped on their side, Intel is able to cram a whole lot more transistors into a single die. Unfortunately, due to the amount of transistors being packed on the die itself, it seems like the heat produced is being trapped and isn’t dissipating properly, which is why the new processors are such terrible overclockers.

Special thanks to Vanhodid for the tip!

Full discussion in the forums!