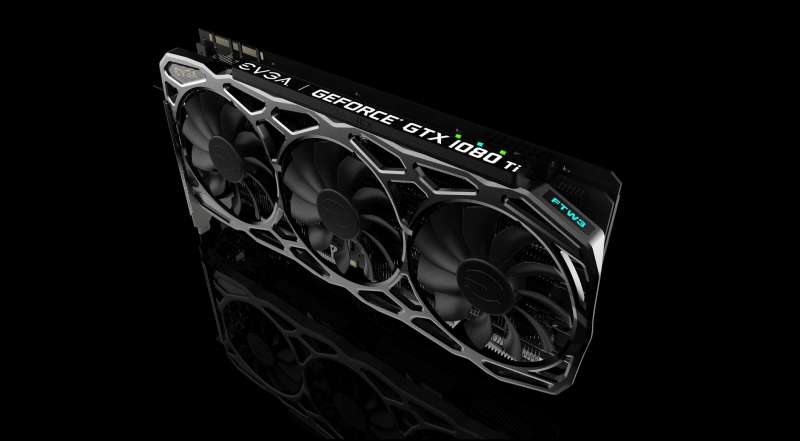 With the launch of Nvidia’s latest flagship GeForce GTX 1080 Ti, it looks like they’ve also given the green light for their AIB partners to unveil custom designs of the upcoming graphics card as well.

In a recently released teaser photo, EVGA took the wraps off the EVGA GeForce GTX 1080 Ti FTW3, which will likely be the flagship custom designed air cooled card for EVGA. Aside from the picture, EVGA hasn’t supplied much information such as clock speeds, onboard component information, and others, but we can see that it does sport a new EVGA triple-fan iCX cooler design which should provide better cooling performance compared to their dual fan iCX coolers used on cards like the EVGA GeForcv GTX 1080 SC2 Gaming iCX.

No word on when the upcoming graphics card will be released, but Nvidia isn’t giving the Founder’s Edition card an exclusivity period, so you probably don’t have to wait too long.