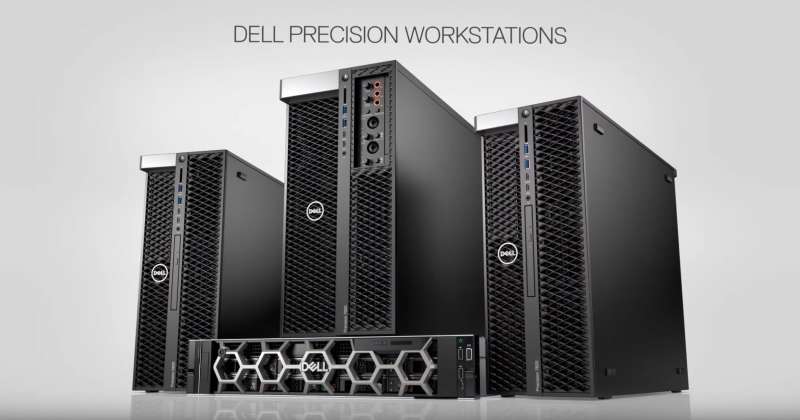 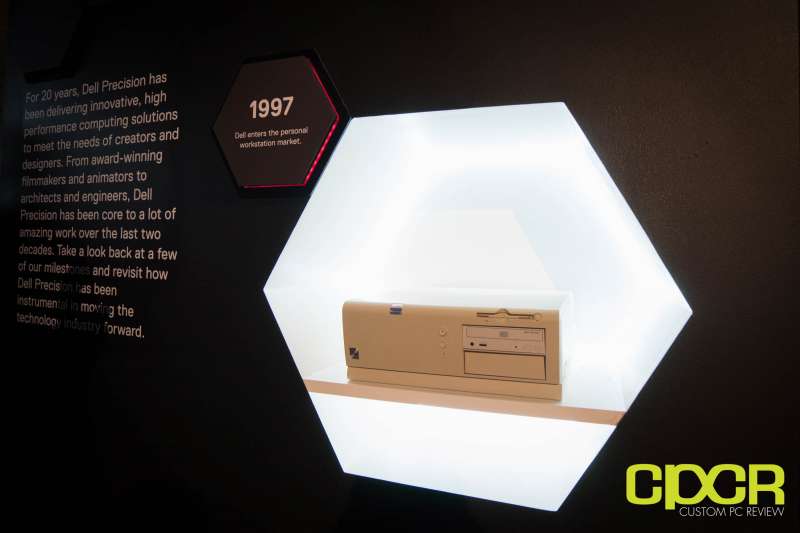 Since it’s the 20 year anniversary for Dell’s workstation business, it’s only fitting to talk about Dell’s first workstation and to see how far they’ve come in the 20 years. Dell’s first workstation was the WorkStation 400, which came in a beige box packed with either one or two Intel Penium II processors running at either 266 MHz, 300 MHz or 333 MHz. The system took as much as 512 MB of RAM and ran Windows NT. In 1997, this was absolutely cutting edge stuff. 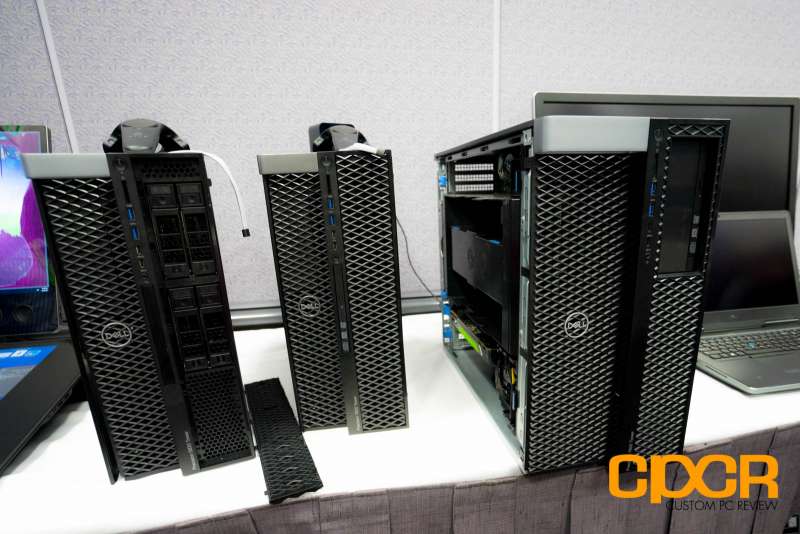 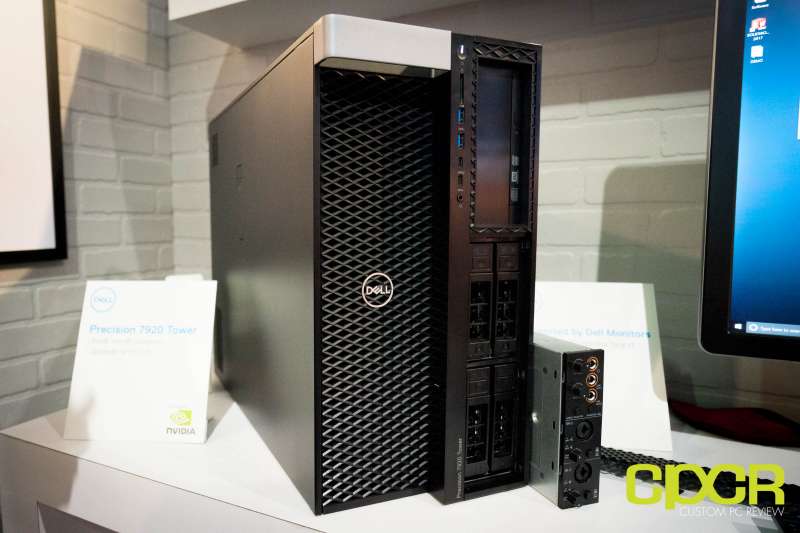 At the top of the stack we have the Dell Precision 7920 Tower. The system features a dual socket Skylake SP Xeons with up to 28-cores per CPU, up to 3TB of DDR4 ECC RAM, choice of AMD or Nvidia graphics up to the AMD Radeon Pro SSG or Nvidia Quadro GP100, and support for all types of storage including 2.5″ SATA/SAS, 3.5″ SATA/SAS, NVMe PCIe SSDs, M.2 PCIe SSDs, and U.2 PCIe SSDs.

What’s special about the new Precision lineup is that they all utilize the new Flexbay design, which is essentially a modular design which allows the drives or any add-on devices to be swapped in and out. This allows the Precision 7920 to support up to 12 drives using this system.

Alongside the 2.5″/3.5″ drive trays, Dell also has an audio board add-on, a security chip card reader, and a M.2 PCIe SSD hot-swap dock which may be plugged into the Flexbays.

Cracking open the sidepanel, we can take a look at the thermal design for the Precision 7920. As with many of Dell’s workstation class systems, the Precision 7920 gets a shroud over the CPU and RAM ensuring proper cooling to both components. 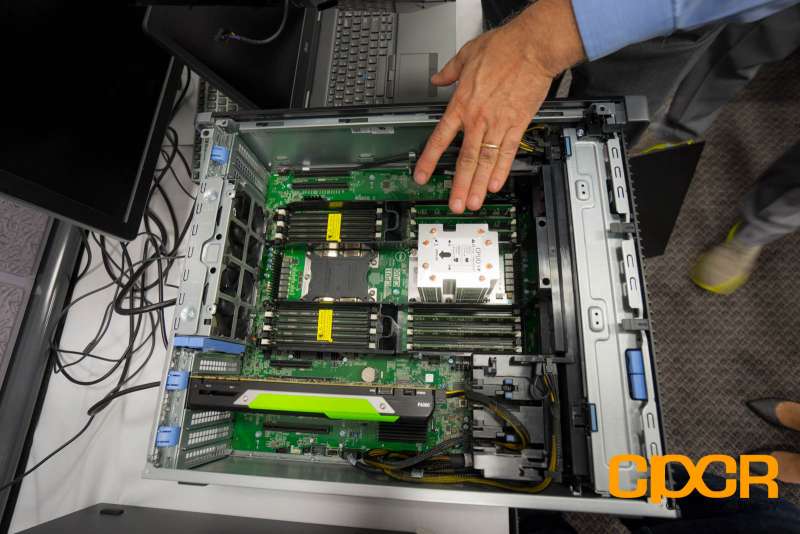 Removing the shroud, we can see the dual socket motherboard design. Included with each socket is 12 DIMM slots making up a total of 24 DIMM slots per system. The Precision 7920 is capable of supporting up to three dual wide graphics cards with one going up to the top of the system and two in the bottom for improved heat dissipation.

The Precision 7920 also has a dual chamber design which separates the motherboard, CPU RAM, and graphics from the storage and the power supply.

Spinning around to the rear, we can see that there’s a single, server style PSU that simply slots in for easy repair and maintenance. Right under the PSU is Flexbays which can accommodate storage or other Flexbay modules. 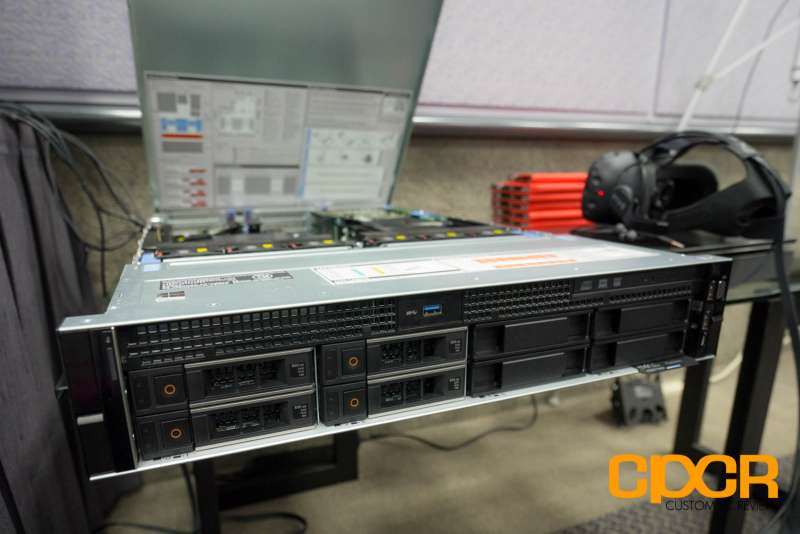 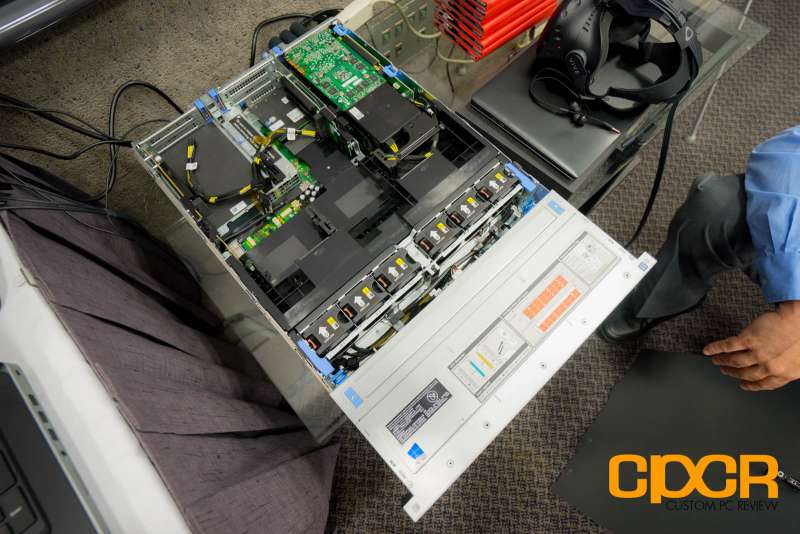 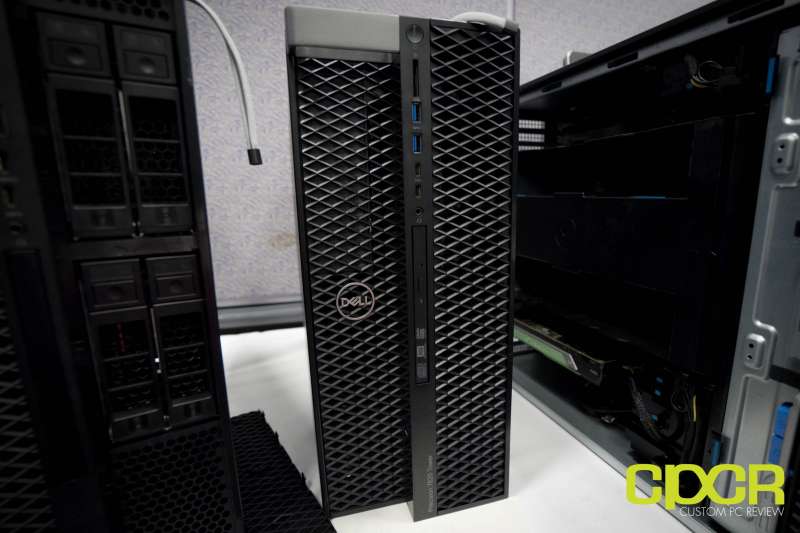 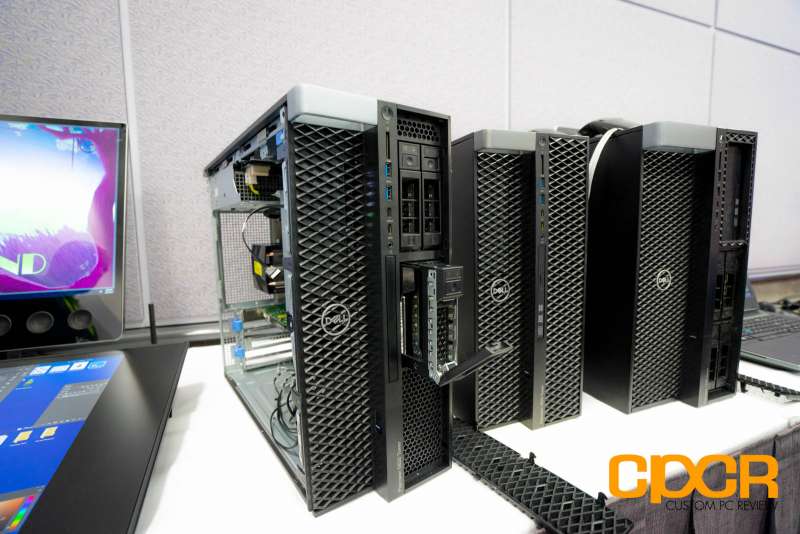 The Dell Precision 5820 Tower features Intel’s latest Skylake-W architecture based Xeon processors with up 10-cores/20-threads, up to 256GB of quad channel DDR4 ECC memory, AMD or Nvidia graphics up to AMD Pro SSG or Nvidia Quadro GP100, and support for practically any type of storage using the Flexbay system.

The Dell Precision 5820 Tower, 7820 Tower, 7920 Tower and 7920 Rack will be available for order starting October 3. Pricing is still undisclosed at this time.