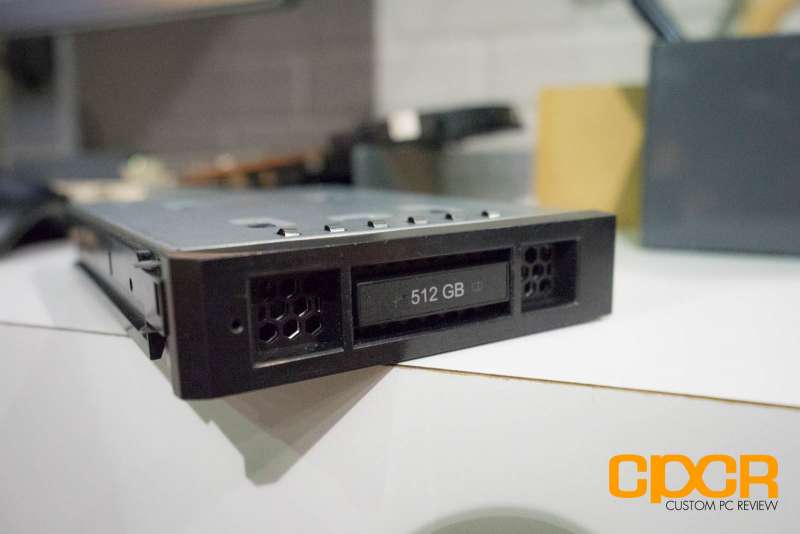 Dell showed off an entire array of new lineup of Skylake-W and Skylake-SP servers at SIGGRAPH 2017 which we’ll be covering soon, but before that, we wanted to share a few of the docking solutions and adapters for PCIe NVMe SSDs that caught our eye.

According to Dell, the company had to develop a custom interface to connect the tray and the dock as the M.2 interface is too fragile to be constantly plugged in and removed. The interface is then connected via a U.2 interface directly to the motherboard.