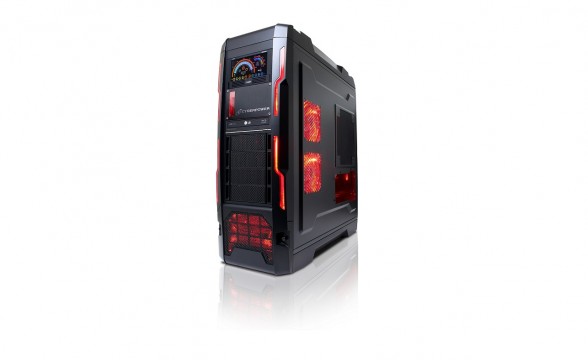 CyberpowerPC’s Pro Gamer FTW series (available in six base models starting at $1085) are custom-built systems designed for the gaming enthusiasts who live for the excitement of sharing knowledge and showcasing their skills to an online audience. The Pro Gamer FTW eliminates the need for additional streaming software, and is already configured for live broadcast. Users can jump right into playing, streaming, and recording in full HD.

With the Live Gamer HD, you don’t need another setup for recording game footage because the Pro Gamer FTW is the capturing machine. The solution works flawlessly with NVIDIA Kepler-powered GTX or AMD Tahiti graphics cards for perfect recordings of 1080p at 60 frames per second. With its efficient pass-thru system, the Live Gamer HD is able to synchronize zero-delay video capture with real-time gaming through the Pro Gamer FTW’s HDMI and DVI ports.

Users can record colorful commentary alongside in-game footage to enhance their video, whether it is of an epic duel, an awesome killstreak, or even a clever demonstration. You can also can pause game play recording but continue the commentary.

CyberpowerPC’s Gamer Pro FTW series is housed in Azza’s impressive full-tower Genesis 9000. The Genesis, with its reversible motherboard tray, can easily fit even the largest, XL-ATX motherboards alongside a plethora of fans, massive water-cooling radiators, and multi-GPU configurations. The case also has room to grow with four drive bays and five Easy Swap slots.

For more information, check out the product page here.