PowerColor, a well known manufacturer of AMD Radeon graphics cards has unveiled their new external GPU enclosure, called the DEVIL BOX, at Computex 2016. The new enclosure is based on AMD’s XConnect technology, which was developed in collaboration with Intel’s Thunderbolt group. 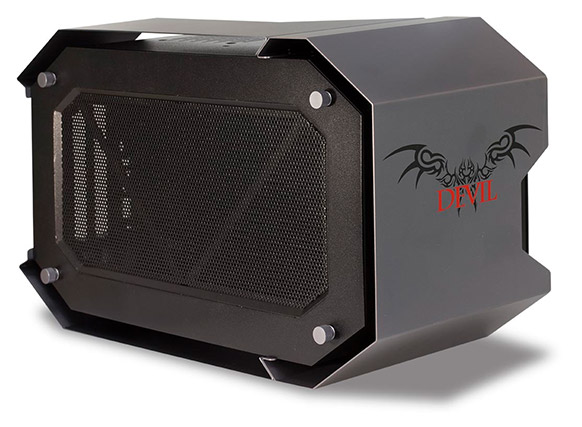 The box is very similar to that of the Razer Core, and allows users to install a compatible discrete GPU, in order to use it with a Thunderbolt 3 equipped notebook. With this ability, users can have full desktop-level graphics performance on the go, making it an optimal solution for LAN events, and for gaming while traveling.  The enclosure also provides additional connectivity such as a variety of USB connections, Ethernet, and SATA for additional storage. 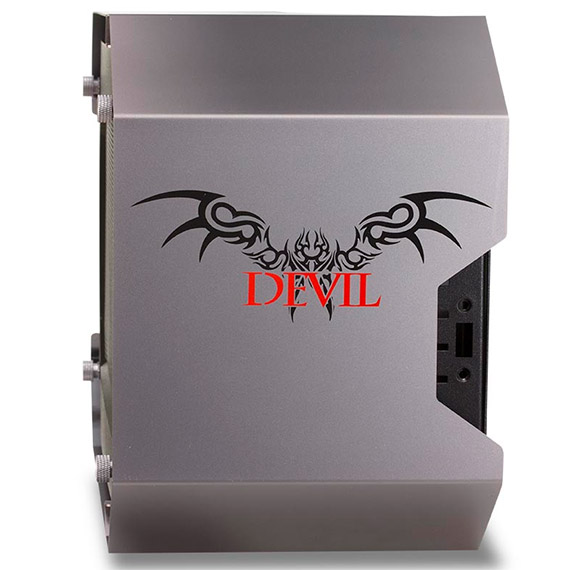 PowerColor has not specified pricing or availability yet, but we expect to hear more soon.