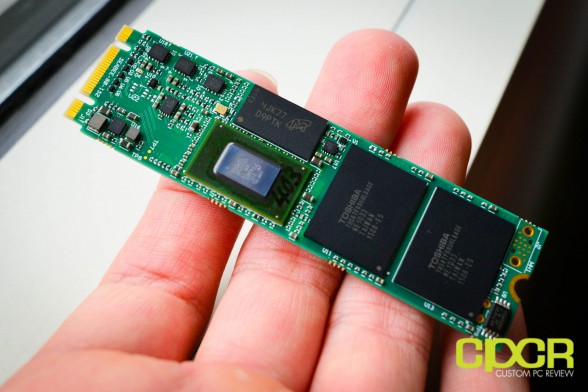 If you’ve been following the SandForce story over the past couple years, you’ll know that it’s been quite a ride for SandForce and their upcoming SF3700 SSD controller. Shortly after announcing the LSI SandForce SF3700 back in late 2013, LSI, the then owner of SandForce controller technology, was acquired by Avago who then turned around and sold LSI’s Flash Components Division to Seagate within the same year. As such, the SandForce SF3700 controller faced multiple delays which may or may not have been expected given SandForce’s original expectation of SF3700’s arrival by the end of last year.

Obviously an end of 2014 launch of the SF3700 didn’t happen and after meeting with Kent Smith, Sr. Director of Product Marketing for SandForce Controllers now at Seagate, it’s again not expected to happen until at least the FMS timeframe (~August). It’s really a huge bummer, but that being said, it wasn’t all a disappointment as we were greeted with a little surprise this time around.

Rather than a release of the long awaited SandForce SF3700, we were greeted with the launch of a brand new SSD controller, the Seagate SandForce SF3500 series. 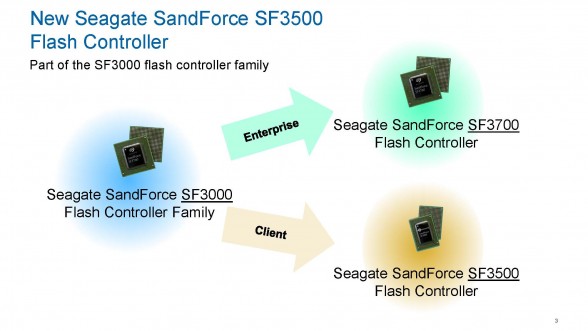 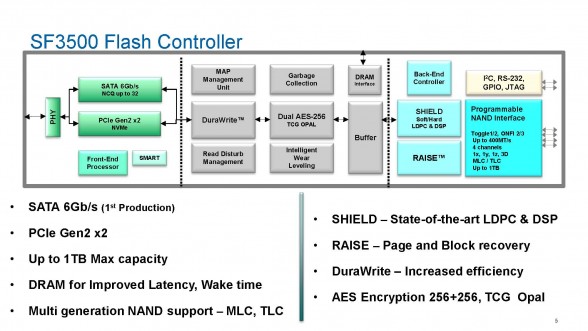 There are however a couple of major differences with the SandForce SF3500 series controller. 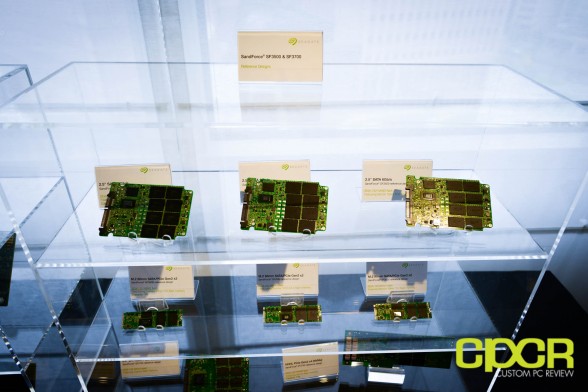 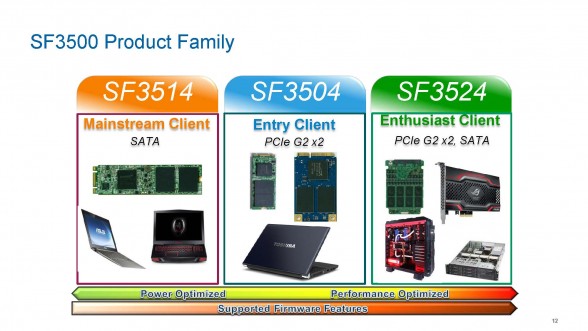 The SandForce SF3500 series will come in a variety of different flavors. 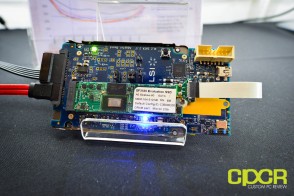 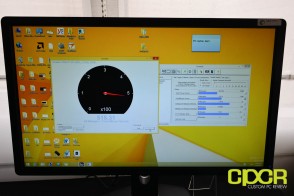 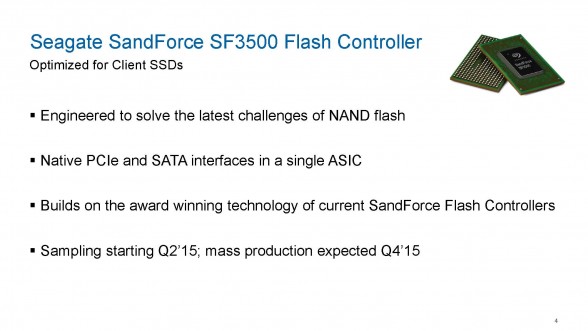 Overall the new SandForce SF3500 series controllers look great. When I originally wrote about the design of the SF3700 series, it was the fastest, most advanced SSD controller I’ve ever seen and while I can’t say the same for the SF3500 series anymore, I’m confident that it’s still going to be a market leader if it were to be released sometime this year. However, the real question is will it arrive on time.

According to SandForce, it will and we should be seeing SandForce SF3500 series products in the FMS timeframe. I hope it does because fool me once, shame on you. Fool me twice, well you get the drift.