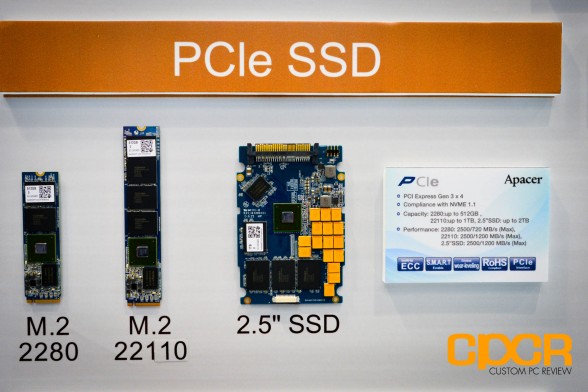 Here’s one that most of you probably weren’t expecting. Stopping by the Apacer booth here at Computex 2015, Apacer showed off several PCIe Gen 3 x4 SSDs in the M.2 as well as the 2.5″ form factor. These appear to be using an Apacer branded controller along with Toshiba A19nm flash. The 2.5″ SSD also contains full power loss protection which suggests that it’s designed for the enterprise while the M.2 drives appear to be designed for client applications. 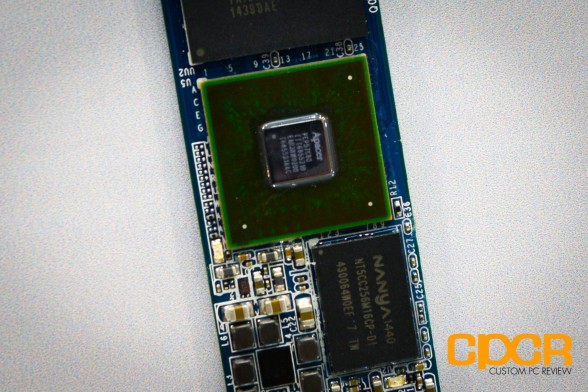 The most curious thing about this drive is the Apacer branded controller. As far as I know Apacer doesn’t design their own controllers. According to industry sources, this controller is actually a re-branded Phison PS5007 which is actually sourced from Toshiba.

No additional information is available at this time.