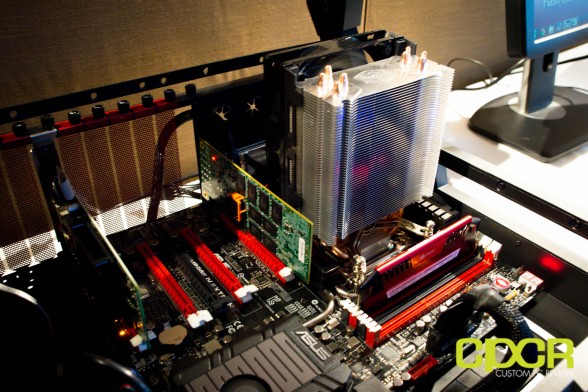 After announcing the SandForce SF3700 back in November of last year, LSI SandForce and their board partners have been relatively quiet on the upcoming controller. At CES earlier this year, we were hopeful that LSI was going to announce that drives with the SF3700 would be shipping soon, but instead we were greeted with news that they were still working on the firmware to lower heat/increase performance, and it wouldn’t be until 2H 2014 when SSDs would begin shipping with the upcoming controller.

For Computex then, we were confident that LSI SandForce would announce that they had begun shipping the SF3700 series controllers, but once again we were disappointed to hear the same story as before. Speaking with LSI SandForce representatives, we were told that there are currently 3 firmware teams around the world working on completing the firmware for the SF3700 and they were quite confident that it would be ready to ship by Q4 2014.

Given the fact that the firmware is still incomplete and LSI SandForce board partners still need to complete validation with the final firmware for the SF3700, I wouldn’t be too surprised if the first SSDs carrying these controllers aren’t ready until CES 2015. 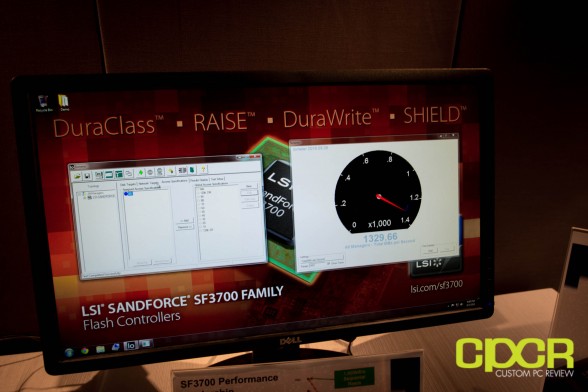 For AIS last year and CES earlier this year, LSI’s main benchmarks for the SandForce SF3700 controller were generally focused on 100% read workloads allowing the drives to hit the magical 1,800 MB/s maximum performance, but LSI’s demos now focus on a mixed 80% read/20% write workload which still yielded a respectable ~1,330 MB/s. LSI claims that while 100% read only benchmarks will show the highest performance possible, it’s not representative of real world usage. 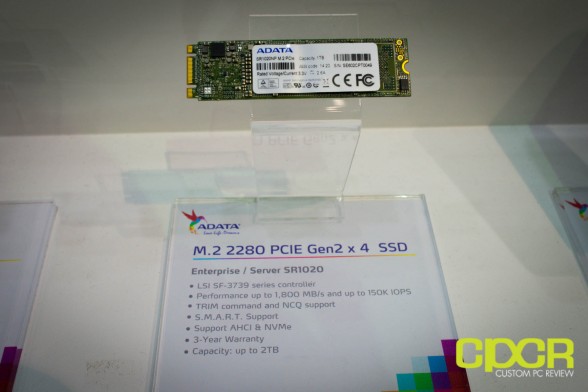 ADATA was the first company to inadvertently leak the existence of the LSI SandForce SF3700 at Computex 2013, and at Computex 2014 there really hasn’t been much of a change. ADATA had a couple enterprise oriented SF3739 powered SSDs on display, but no demos of any of these SSDs in action. 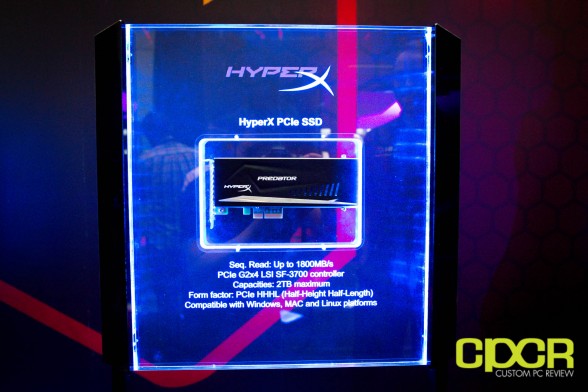 Kingston, one of the largest SandForce partners, showed off their upcoming SF3700 based HyperX (Predator?) PCIe SSD, which is the same drive unveiled for the first time at CES earlier this year. For Computex, Kingston had a demo for a reference SF3700 based PCIe SSD, but it was identical to the SandForce’s demo, so there’s nothing new there.

Launch dates are still up in the air at this time as Kingston, like the rest of LSI SandForce’s board partners, is still waiting for the greenlight on the SF3700 from LSI SandForce. Kingston is hopeful for a Q4 2014 launch, but they are exploring other options as evidenced by their recently announced partnership with Marvell on a Marvell Altaplus powered HyperX PCIe SSD.