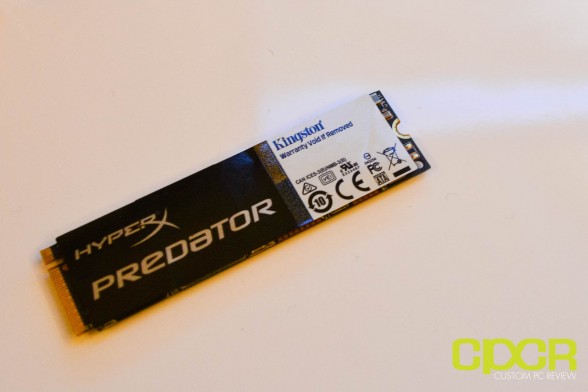 Spec wise, the HyperX Predator SSD hasn’t really changed much. It’s still based on the Marvell 88SS9293 Altaplus controller, it’ll use Toshiba’s 2nd generation 19nm toggle mode MLC, and it’s still very very fast. Performance is expected to clock in at ~1,400/~1,000 MB/s sequential reads/writes and ~100K+/~100K+ 4K random read/write IOPS via PCIe Gen 2 x4, but Kingston says they’re still working on tuning the drive for better performance. Currently the drive is only available in the AHCI interface with no plans for NVMe support. 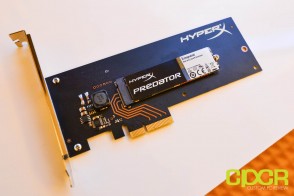 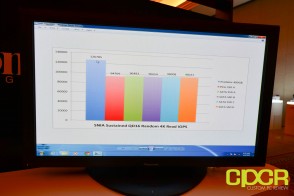 Kingston also showed off their sleek new blacked out HHHL adapter which will be an optional accessory with the HyperX Predator when it becomes available in the near future. The adapter is a PCIe Gen 2 x4 PCIe adapter and appears to support both M.2 2280 (22mm x 80mm) and M.2 22110 (22mm x 110mm). It’s likely that the 960GB HyperX Predator SSD will use the M.2 22110 form factor given the limited amount of space available on the M.2 2280 form factor.

The Kingston HyperX Predator M.2 SSD will be available in capacities of 240GB, 480GB, and 960GB. Kingston expects to ship the 240GB and 480GB models as soon as next month with the 960GB model following sometime in 1H2015. Pricing is still unavailable at this time. 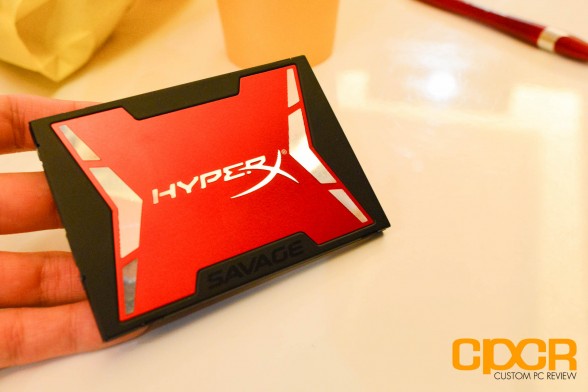 In addition to the HyperX Predator SSD, Kingston also revealed the replacement for the Kingston HyperX 3K SSD, the HyperX Savage. With the SandForce SF-2200 series controller now about five years old, Kingston is making the jump to Phison with their upcoming Savage SSD. As such, the Savage will be powered by Phison’s latest PS3110-S10 8 channel, quad core controller. Performance on the drive is expected to reach 560/540 MB/s sequential reads/writes.

The Kingston HyperX Savage will be available in capacities of 120GB, 240GB, 480GB, and 960GB in 1H2015. Pricing is currently unavailable at this time.