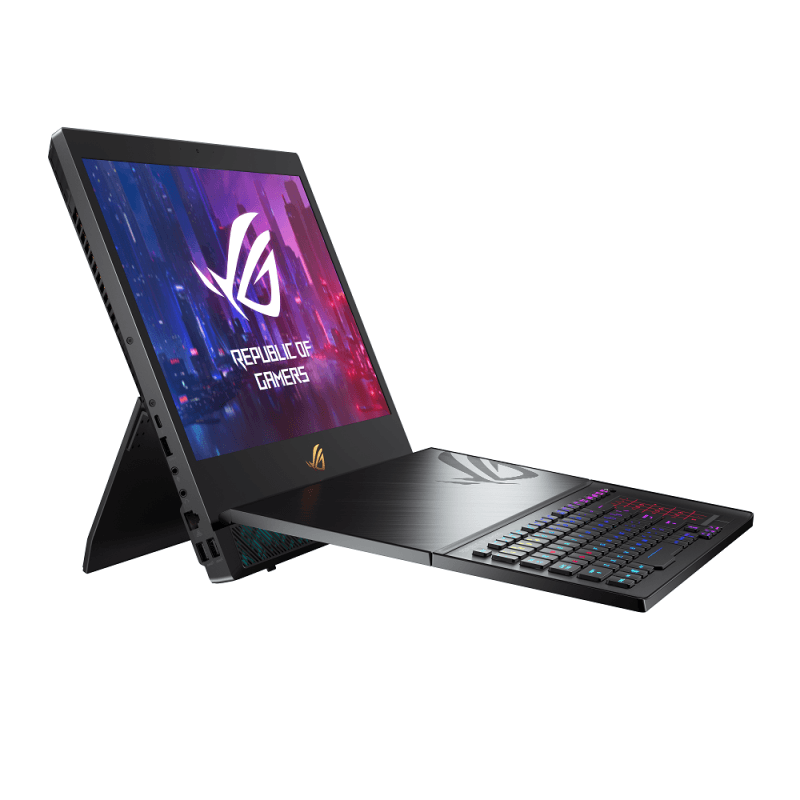 CES 2019 is chock-full of weird hardware, but the ASUS ROG Mothership GZ700 is definitely takes the cake as one of the craziest gaming laptops available.

The Mothership GZ 700 should be addressed as a convertible rather than a laptop. The secret ingredient is its magnetically attached keyboard. When detached, the top portion folds can be folded under the keys, freeing up precious desk space. The right-aligned touchpad also doubles as a touch-sensitive numpad, complete with a visible grid.

Removing the Mothership’s keyboard doesn’t render it a tablet. Sure its 17″ 144Hz 1,080p IPS display goads at your index finger, and the stepless kickstand adds to the illusion, but it actually lacks a touchscreen. That’s sure to draw some disappointed frowns. 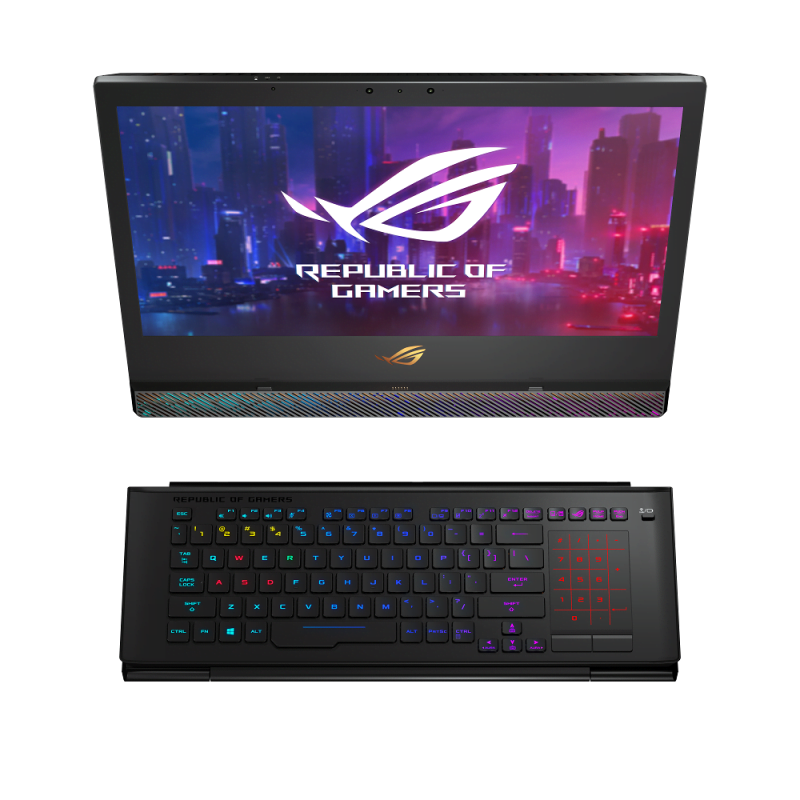 There’s little to frown over the hardware, however, as the Mothership touts the Nvidia GeForce RTX 2080 GPU and the Intel Core i9-8950HK CPU cooled by two 12V fans. It supports up to 64Gb of DDR4 RAM and triple 512GB NVMe SSDs.

To realize this beast, ASUS had to retool the internal components so that everything can actually fit. The motherboard, for example, is in a “U” shape rather than the traditional square.

Packing the Mothership could prove challenging as all the hot hardware come at the cost of bulk. The Mothership is 29.9mm thick and weighs 4.7 kg. With that said, it’s still commendable that a single-unit performance gaming PC can be squeezed into a form factor this small. 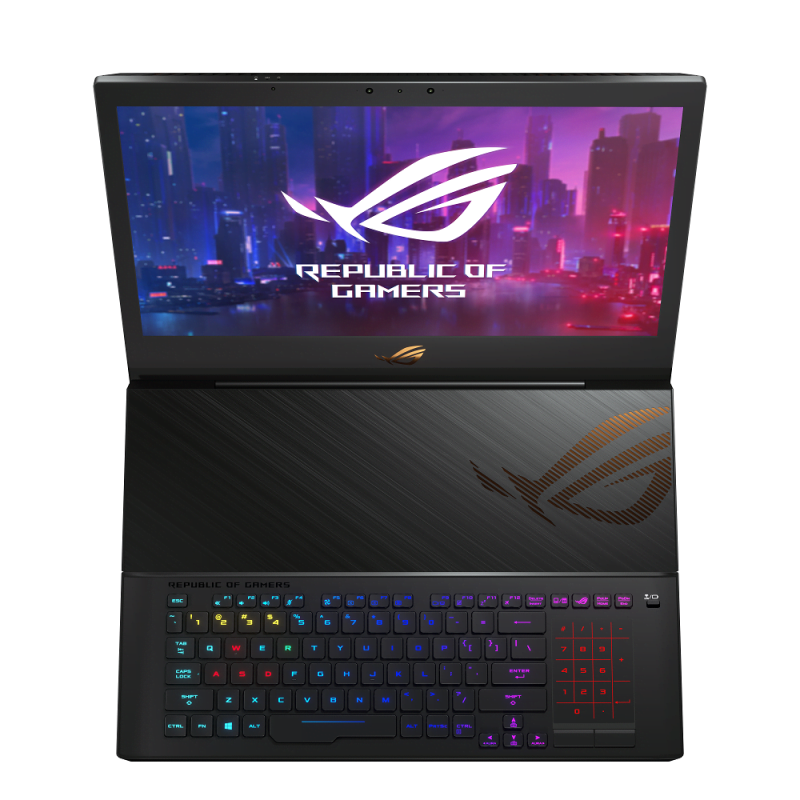 ASUS hasn’t announced how much it’s going to be yet, only that it promises a Q2 delivery date. Considering its novelty and performance, don’t hold your breath for an affordable price tag. Those interested can check out the full press release here.