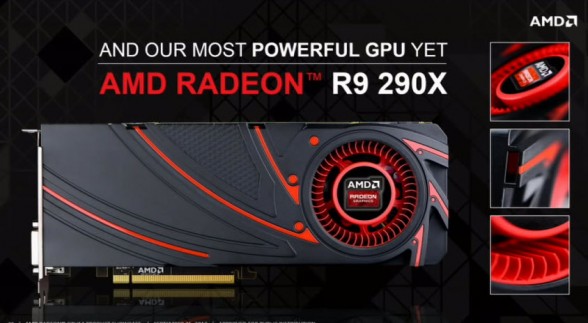 A couple days ago, AMD pulled the wraps off of the latest Radeon R9 and R7 series GPUs with the R9 290x leading the charge. Codenamed Hawaii XT, the R9 290X is AMD’s latest flagship graphics card which will be replacing the Radeon HD 7970 as the fastest single GPU graphics card AMD offers. Whereas many of us believed the latest GPU to contain an updated version of AMD’s GCN (Graphics Core Next) architecture, it seems like this may not be the case.

Instead, to reach such staggering levels of performance, AMD has simply gone with the more is better philosophy and crammed the Radeon R9 290X with a whole lot more stuff. With its massive 424mm die, the R9 290X includes a whopping 6 billion transistors, a total of 1.7 billion more than the HD 7970 (although 1.1 billion fewer than Nvidia’s GTX Titan). The latest flagship will also include 4GB of video memory, 300 GB/s of memory bandwidth (most likely via a 512 bit memory bus), and 5 TFLOPS of compute capability. Unfortunately, not much more has been confirmed by AMD at their GPU event (full video below), but via a number of leaks over the past few weeks that seemed to have been pretty accurate thus far, we have a pretty good idea of what the R9 290X will be capable of. 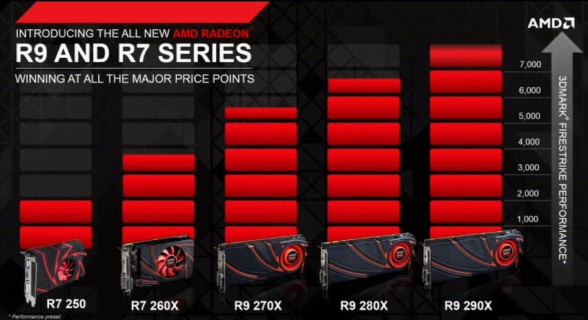 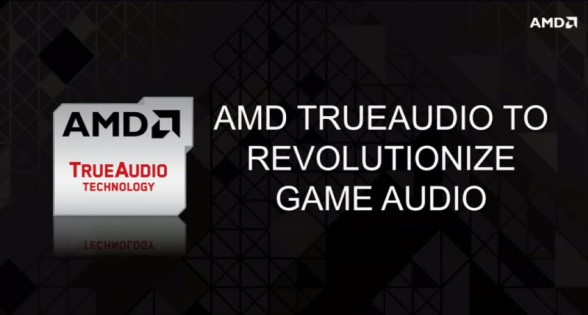 With the new graphics cards, AMD also introduced what they’re calling TrueAudio Technology, which from the looks of it seems like AMD’s own virtual surround sound processing software. Although I wasn’t present at the event to have a listen, AMD claims that TrueAudio will give PC gamers a surround sound experience and help developers effortlessly integrate rich and complex audio effects into games. It’s not clear how TrueAudio works although we’ve seen similar implementations from Dolby, Creative and recently even Razer. While I doubt the effects of TrueAudio is as incredible as AMD wants us to believe, it wouldn’t be too far fetched to think that TrueAudio utilizes graphics compute for audio processing (similar to PhysX and Nvidia), which technically speaking is pretty cool. 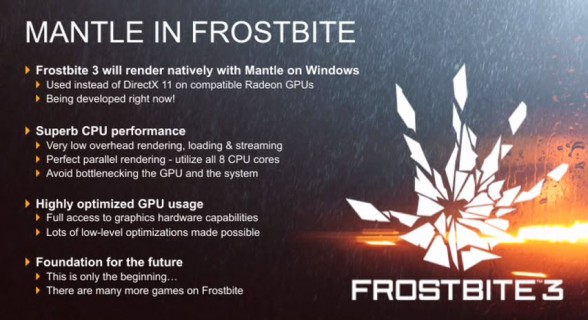 Alongside the new GPU, AMD is also introducing the new Mantle API, which aside from the new GPUs themselves is probably the coolest announcement made at the event. The Mantle API unlike DirectX or OpenGL is a low level API, which will allow programmers better access to the hardware, opening up deeper optimization possibilities. This allows games to more fully take advantage of the graphics hardware than possible through high level APIs today.

Although the Mantle API has just been announced, AMD and DICE have announced that they’re already working closely to utilize the Mantle API in the upcoming Battlefield 4. A special Battlefield 4 and Radeon R9 290X bundle is also expected to be released in the near future.

The NDA for the Radeon R9 290x expires on October 15th, so we should be getting some more information in the next couple of weeks. According to Pixel Enemy, Devon Nekechuck, Product Manager for AMD, is quite confident in the Radeon R9 290X’s performance and claims that the R9 290X:

“…will definitely compete with the GTX 780 and Titan…” “…with Battlefield 4 running with Mantle (AMD’s new graphics API), the card will be able to ‘ridicule’ the Titan in terms of performance.”