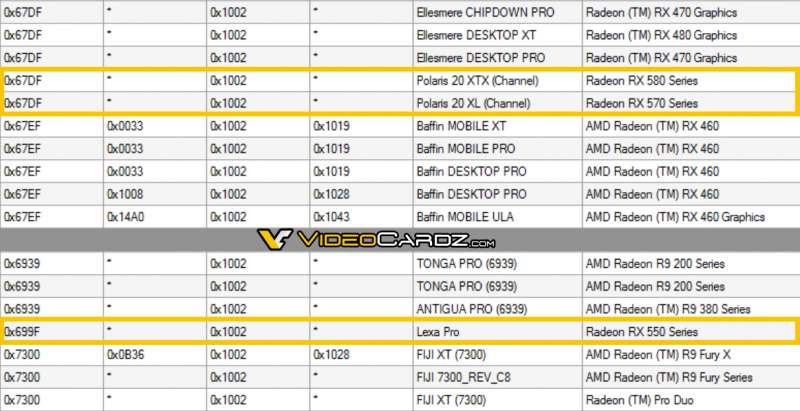 Rumors have been swirling for weeks that AMD will be unleashing the Radeon RX 580, Radeon RX 570 and Radeon RX 550, and some new driver notes further confirm the upcoming graphics cards.