A pretty official looking AMD Radeon HD 7800 series specifications slide was leaked through Japanese website, hermitage akihabara. As you all know, we’ve had some previously rumored information on the HD 7870 and HD 7850, but looking at the new slide, we’re seeing some very different numbers. 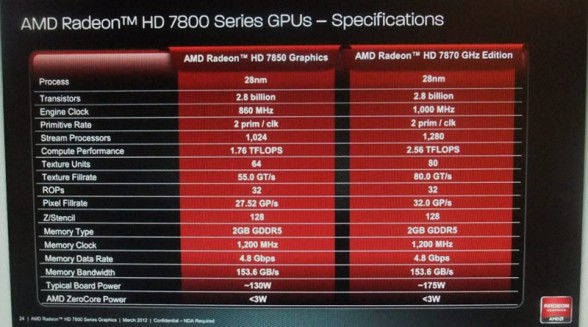 According to a another previously leaked slide, the AMD Radeon HD 7800 series is expected to be released sometime this month. Looking at these specifications, the HD 7800 will definitely be aimed at the mid – high end graphics segment.

Anybody else excited about this one or is it just me?