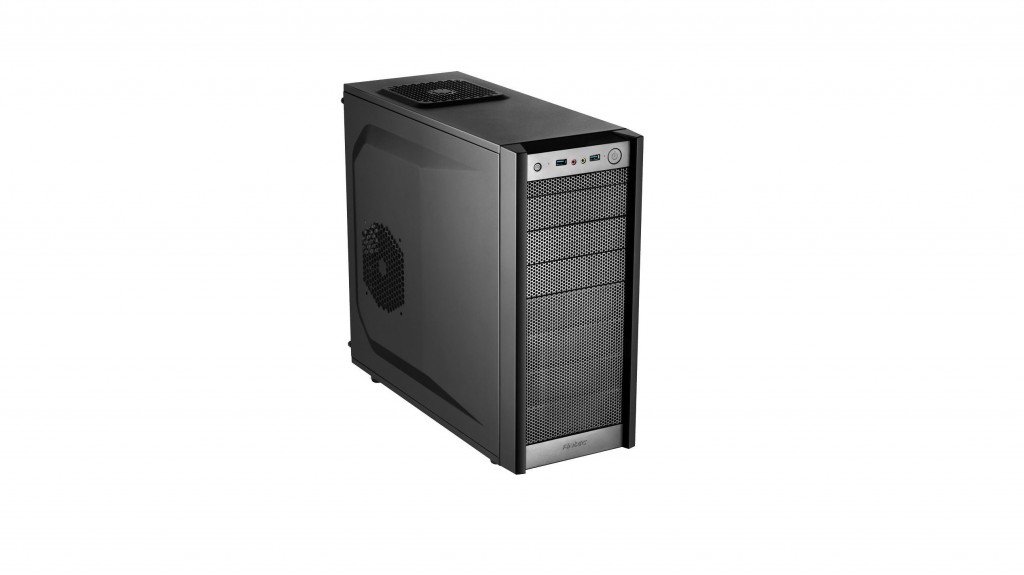 Ready to see what we came up with? Let’s go!

For a video editing, photo editing, sound production, or 3D modeling workhorse PC, there are pretty much just two things we really need. The first is a powerful CPU and the second is a lot of memory. For serious professionals, the Sandy Bridge-E based hexacore Core i7’s are the way to go as they currently hold the top spot in terms of processing power for the consumer market; however, with our budget capped at $1,000 it simply isn’t feasible for this build. The least expensive hexacore Intel Core i7 3930K processor costs nearly $570!

For this reason, we’re going with the fastest Ivy Bridge based processor, the Intel Core i7 3770K. Make no mistake though, the i7 3770K has some serious horsepower under its hood carrying four Hyper Threaded cores at a clock speed of 3.5GHz. Additionally, we’ve also suggested going with a “K” processor, which means it carries an unlocked multiplier so you can overclock it for additional performance.

Need help with overclocking? Feel free to visit our forums for advice and helpful tips.

With our March photo/video/3D workstation computer build, we were more concerned about finding a motherboard that fit into the case rather than future expandabiilty options.  While mATX motherboards don’t usually pack a ton of high end features unless you opt for a high end mATX gaming oriented board, there are plenty of affordable ATX form-factor motherboards that carry all the features you’ll need to get started and then some. What kind of features am I talking about? Well for starters you’ll get support for USB 3.0, SATA 3 6Gb/s, three PCIe x16 slots, three PCIe x1 slots, and an old school PCI slot just in case you have an older sound card or something to carry over from an older machine.

Those interested in this board should also check out our review of the Gigabyte Z77X-UD3H motherboard as well. The difference between the two boards are quite slim and the differences between the two boards mainly focus on the number of PCIe 3.0 x16 slots. That said, unless multiple GPU configurations are in the pipeline for this system, the Z77X-D3H should work out just fine.

As mentioned earlier, the two most important things when building a workstation PC is a fast CPU and lots of memory. With low pricing on memory these days, we can easily afford to drop in a full 16GB of memory to ensure you don’t run out of memory even with having hundreds of 50MB 36MP RAW files open simultaneously.

Similar to what we featured on the July Gaming PC build, the case we’re recommending for the August workstation PC build is going to once again be the Antec One Computer Case.

While it would be preferable to purchase multiple 512GB SSDs, it wouldn’t be very cost effective, so currently the best drive configuration for the cost conscious is to use an SSD as a boot drive and a large 1TB traditional hard drive as the storage drive.

Since we only have a CPU and no video card, this build won’t need a very hefty power supply. This Corsair CX430 comes in at less than $40 and offers excellent value and reliability for the money. Those looking at including a high powered graphics card in the future, feel free to opt for a higher powered Corsair TX650M power supply instead.

Total price on Amazon (No tax and free shipping for most residents of the USA) for this build is $994, so we’re slightly under our budget by a couple bucks.

Usually, we don’t really do this section, but we’ve received numerous requests on adding a recommended peripherals section as well for those who need monitors, speakers, mice and keyboards. We’re not going to focus too much on explaining each of our component selections, but since it’s been requested, we’ll make some recommendations nevertheless.