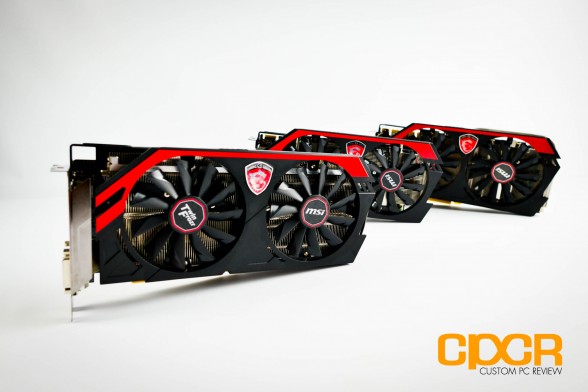 Picking out the best graphics card for your PC is one of the hardest decisions for a gamer. Finding the best graphics card at the right budget can take hours and hours of research and can be a daunting task even for those well versed in technology. To make things easy, we’ve researched and compiled a list of the best gaming graphics cards whether you’re planning on doing casual gaming, competitive eSports, 4K gaming, VR gaming, or anything in-between. 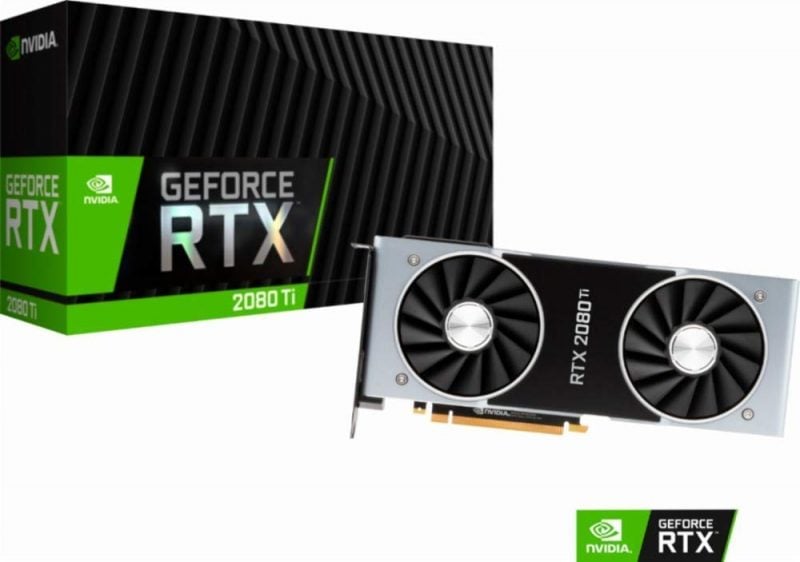 Nvidia late last year announced the RTX 2080 Ti, the fastest gaming graphics card on the market. Packing a punch when it comes to performance and compute as well as adding Nvidia’s most ambitious feature yet, ray tracing.

While all of this is fantastic, the fact that Nvidia released this card at launch as opposed to how they generally stagger the release has made many uncomfortable with the pricing, launching at over $1,000 generally around $1,200 and above making it sit closer to the pricing of previous Titan models and out of reach for most gamers. That being said the Die size has increased significantly with the addition of RT (ray tracing) cores and tensor cores which primarily are used in machine learning applications, and Nvidia’s DLSS technology.

If the too painful for your wallet, then the RTX 2080 is still a fantastic choice for 4K gaming with most eye-candies turned up. 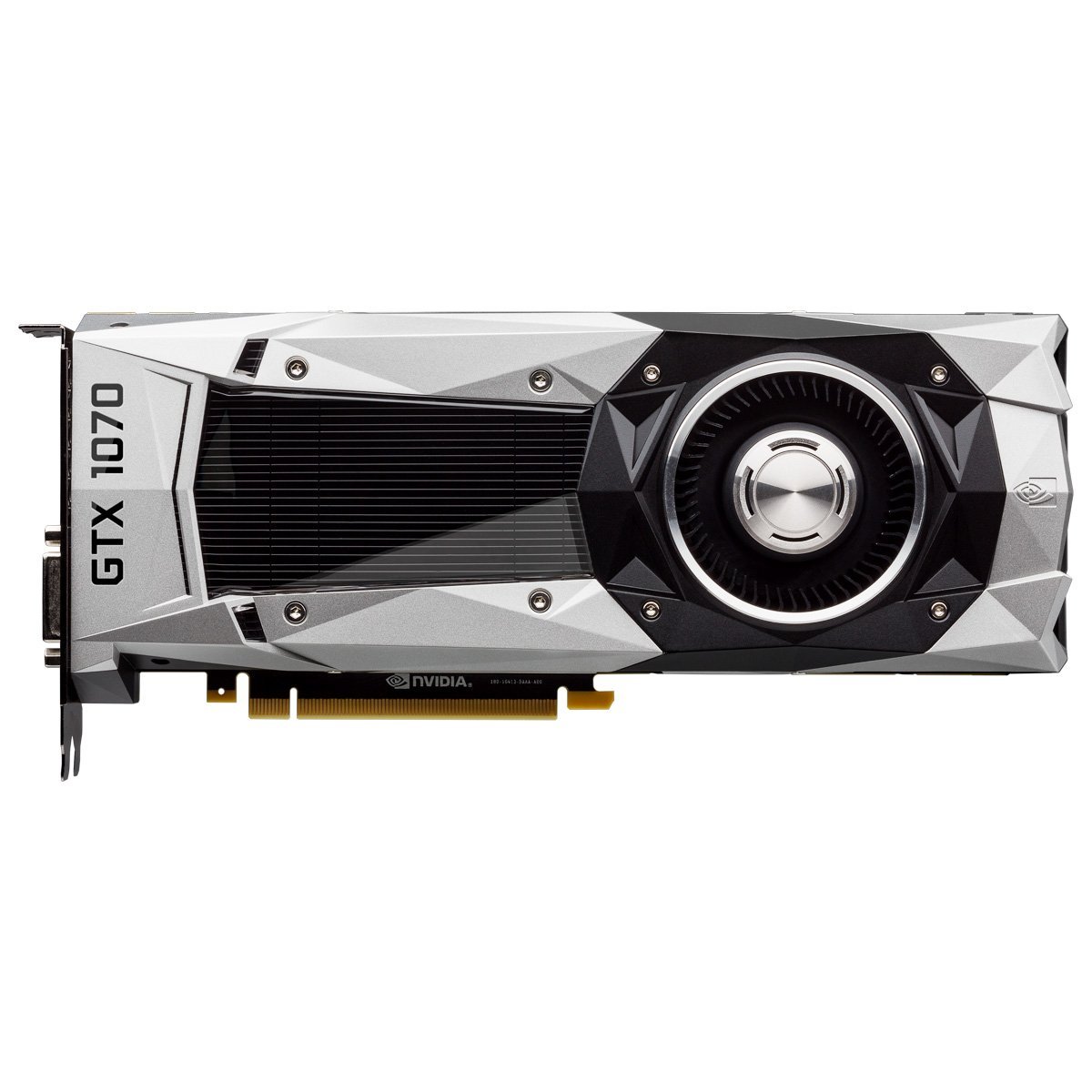 With the lack of a competing card from AMD, for now the Nvidia RTX 2080 is an absolutely fantastic option for the high-performance scene. It delivers excellent performance at 1440p and can comfortably handle most VR titles.

This card is very similar in performance if not better than last years GTX 1070 Ti with the addition of ray tracing cores, which was a fantastic option for 1440P gaming, though we would recommend you turn ray tracing off in most titles until DLSS is available. 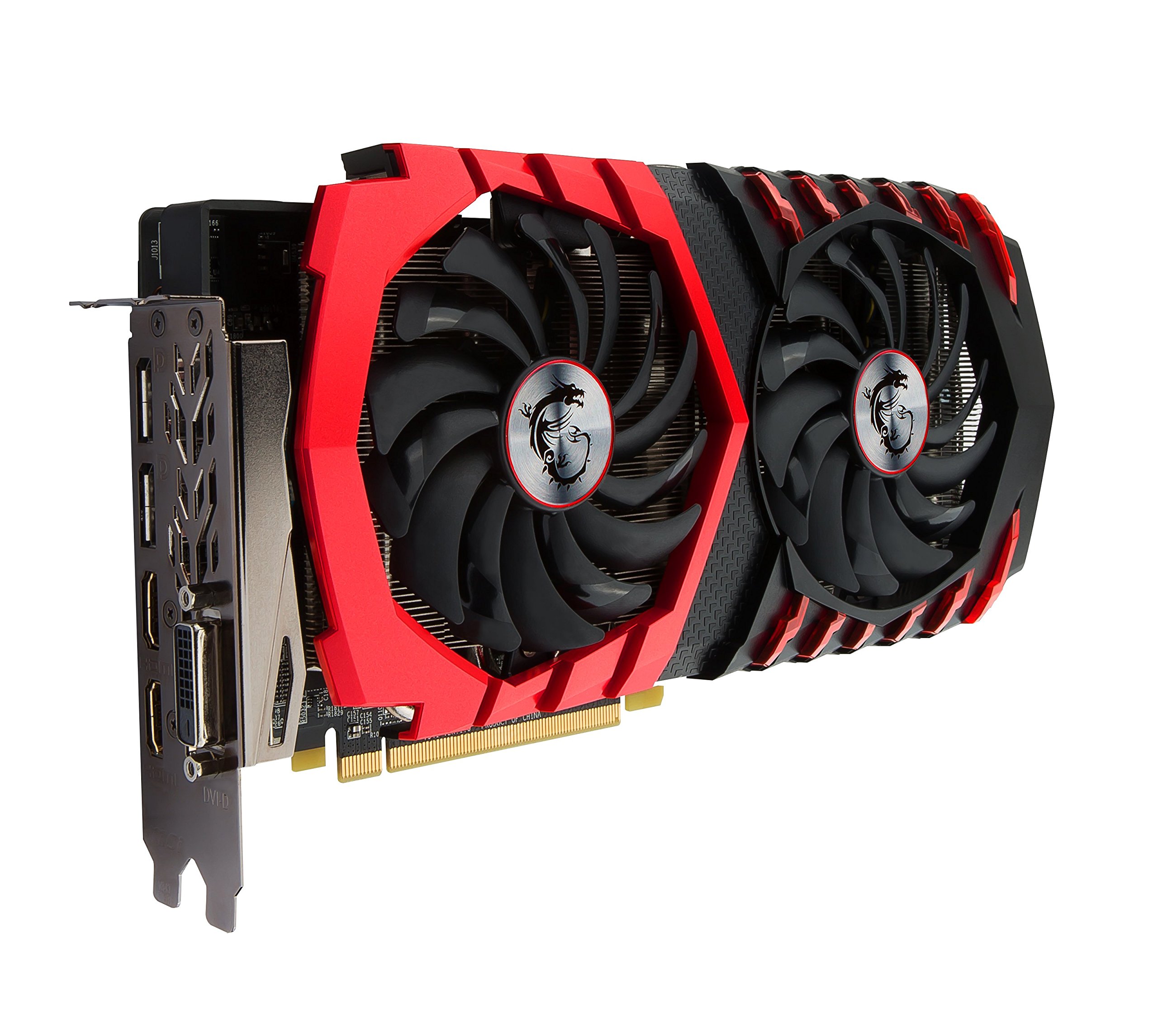 AMD’s Polaris architecture made some huge waves last year. Made using TSMC’s 14nm FinFET process, AMD has finally been able to make strides in power consumption and performance. Their shining showcase product, AMD Radeon RX 580, is the perfect candidate for the job. 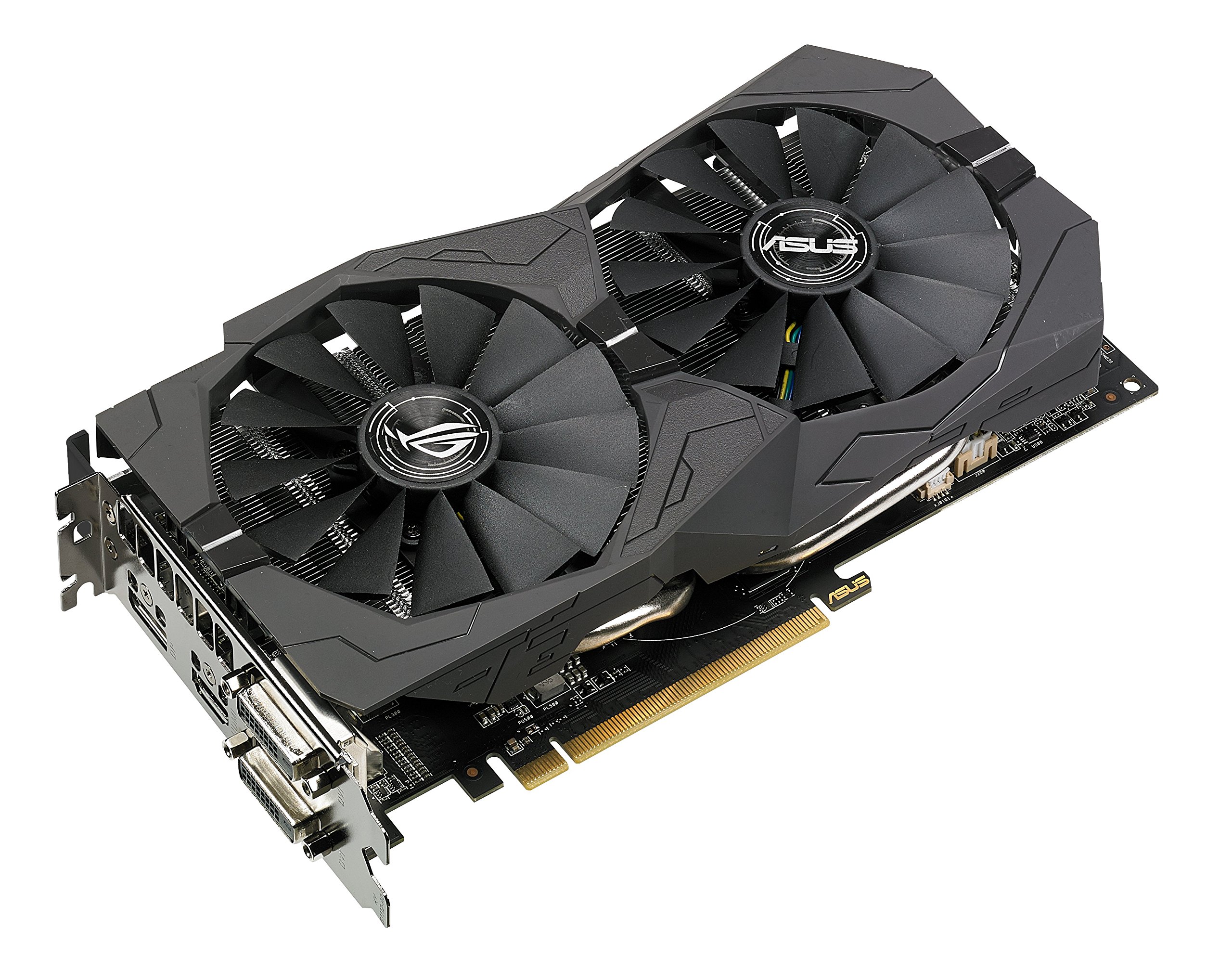 The AMD Radeon RX 570 slots into a peculiar slit between the GTX 1060 and the Nvidia GeForce GTX 1050Ti. In terms of performance, the AMD Radeon RX 570 wins hands down against the Nvidia GeForce GTX 1050 Ti. With that said, it does cost $30 more on average. We feel like the price premium is worth the extra bit of performance considering $170 is still a very palatable price for most budget conscious gamers. 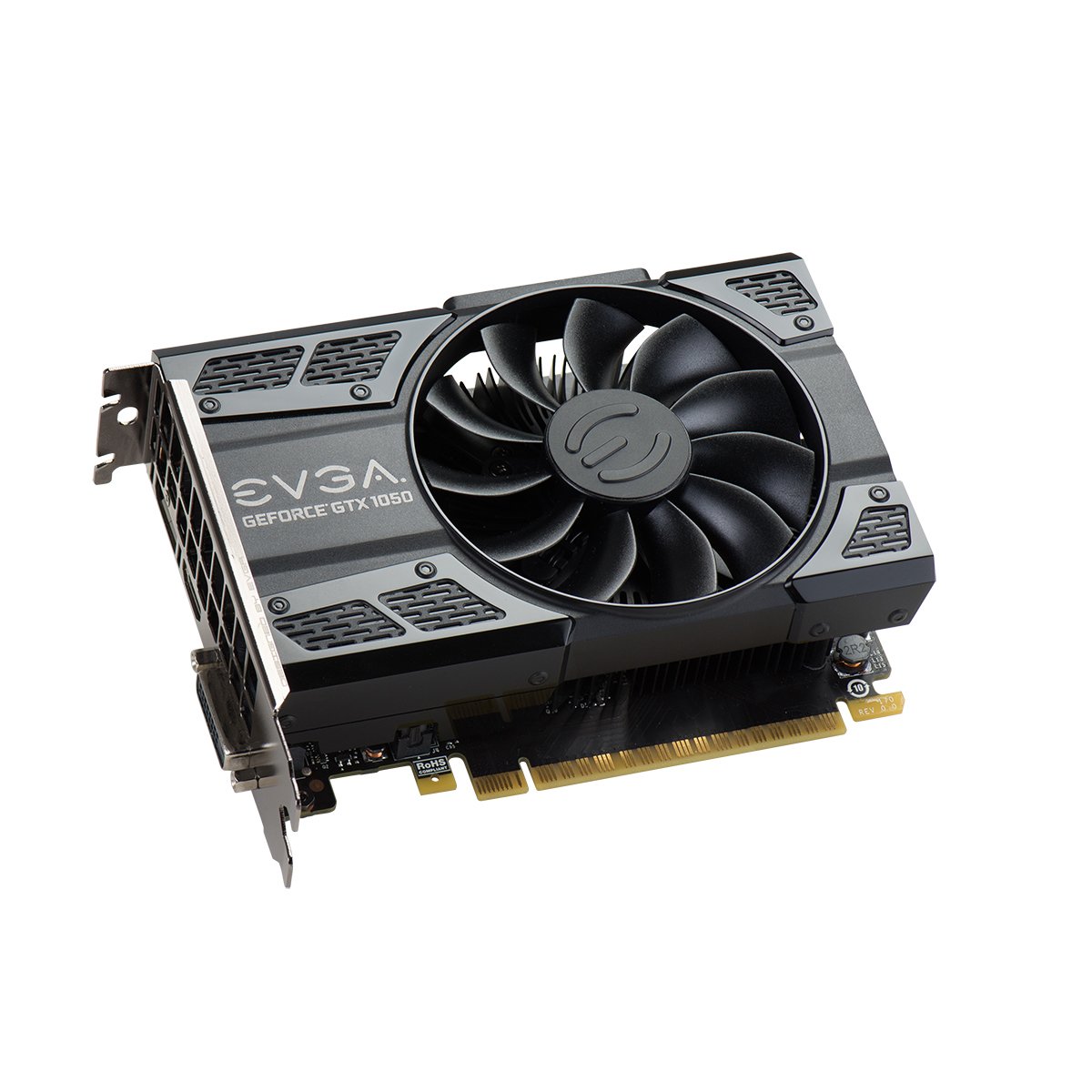 The Nvidia GeForce GTX 1050 is Nvidia’s entry offering using its Pascal architecture. Compared to the integrated graphics, the GTX 1050 brings a huge step up in performance.

While it will struggle to handle triple-A titles with all effects turned up, the GTX 1050 has no problems churning out high-frame rates in popular eSports titles such as Overwatch, Counter Strike: Global Offensive, League of Legends, DOTA, and Starcraft. It can even comfortably handle older demanding titles such as GTA 5.

When purchasing graphics cards, you’ll most often see products from brands such as ASUS, Gigabyte, MSI, EVGA, XFX, and others, but the actual “brains” of the graphics card, the GPU (Graphics Processing Unit), generally comes from one of two manufacturers, AMD or Nvidia. As AMD and Nvidia have a relatively standard product naming system for their GPUs, this is why all graphics cards seem to use the same or a similar name despite being manufactured by different companies. For example, the EVGA GeForce GTX 1080 FTW ACX 3.0 is powered by the exact same GPU as the ASUS GeForce GTX 1080 ROG STRIX. As these graphics cards use the same GPU, performance is similar between them although each company will likely use a different cooler design or overclock the core/memory clocks to differentiate their specific product.

Despite each of the graphics cards makers attempt to differentiate themselves, as long as the GPU is the same, the performance across all graphics cards carrying the same GPU is ultimately going to be relatively similar. As such, it’s important to know how to identify and differentiate GPU model names/numbers.

As I’ve said previously, the two major GPU manufacturers are AMD and Nvidia and thankfully both companies offer a fairly easy way to identify where each of their GPUs sit in terms of performance.

That said, core counts can only be compared when comparing GPUs of the same generation and same manufacturer. For example, a comparison of CUDA cores between two Nvidia GeForce GTX 10 series GPUs or a comparison of Stream Processors between two AMD Radeon RX 500 series GPUs will provide a fairly accurate idea of how much more performance to expect however, this will not be accurate when comparing two GPUs from different generations such as an AMD Radeon RX 580 and AMD Radeon RX 380. Similarly, comparing CUDA Cores and Stream Processors will not work as the two graphics processing architectures are very, very different.

VRAM and the Memory Interface

Similar to the CPU, the GPU stores information that’s ready to be processed in its internal RAM. This can include stuff like texture files, instructions, and more. While graphics cards manufacturers have used high amounts of VRAM as a marketing gimmick to convince people to purchase their custom design graphics cards, having more VRAM isn’t necessarily going to improve performance. Instead, what does typically improve performance is higher speed VRAM such as GDDR5 or HBM (High Bandwidth Memory), and a large memory interface.

In terms of the types of VRAM used in a graphics card, there are currently three different types we usually see. These include GDDR3, GDDR5 and HBM/HBM2. GDDR3 is the slowest of the bunch with a rated bandwidth of around 20GB/s give or take depending on the frequency of the specific memory being used. In contrast GDDR5 is capable of up ~40-64GB/s and HBM2 is capable of up to ~256GB/s. As graphics tend to be latency intensive, the additional bandwidth allows more data to be transferred faster, which is most crucial when displaying high resolution graphics or VR graphics with all the quality settings cranked to maximum.

While generally high amounts of VRAM doesn’t necessarily improve graphics performance, there is a caveat. In cases where high amounts of VRAM are needed such displaying high resolution, high quality textures, lots of anti-aliasing, and other visual candy, high amounts of VRAM is necessary to be able to store all the files in VRAM as running out of VRAM could be disastrous from a performance standpoint. As such, those planning on playing games at 4K or above or playing VR games are recommended to purchase a graphics card with more than 8GB of VRAM.

Question about why we chose X and not Y? Ask us in our community forums! All you have to do is visit our forums, register, and post in the appropriate section! If you’d like more immediate help, feel free to swing by our community Discord channel.