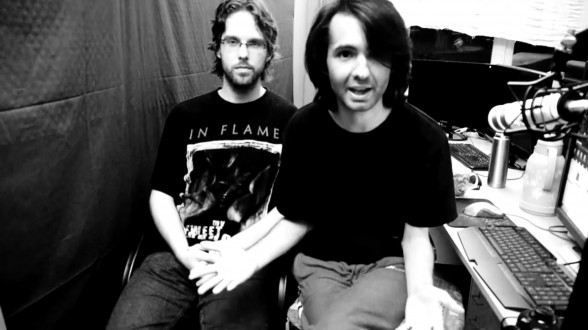 YouTube is big, and it’s capable of reaching a very large audience fast. Just look at the stats – 800 million unique visitors a month, 4 billion videos viewed per day, and 3 billion hours of video are watched per month. This means even a single video on YouTube could become very powerful. Take for example Kony 2012. While the legitimacy of the facts behind the video is debatable, there is one thing that can’t be ignored – the Kony 2012 campaign led to the fastest assembly of individuals who were willing to give aid to what they believed was a worthy cause.

Trailing upon the failure/success of Kony 2012 (depending on how you view it), one of PC gaming’s favorite personalities has risen to help out a worthy cause. Athene, a professional gamer and owner of the YouTube channel AtheneWins, has called upon all gamers to help make the world a better place through his project, Operation ShareCraft.

According to Athene’s video, he’s planning on donating money to various charities which have been researched and proven to be legitimate, starting with Save the Children. He wants to help deal with the hunger crisis in the Horn of Africa by raising $1,000,000 in 100 days. Yup, that might sound like a lofty goal, but we all know gamers are the most generous people in the world, right? Additionally, because Save the Children is currently partnering with DC Entertainment for the cause, every dollar that Athene is able to raise for Save the Children will be matched by DC Entertainment. (Up to 1 million dollars) As of right now, Athene has $313,121 and there’s no indication that it’s going to stop there.

For those who aren’t able to donate right now, there are still many ways to help the cause such as watching Athene’s live stream (in which he holds giveaways for those who donate $10+), starting your own sub-fundraiser, or by simply sharing this link.

“Millions of people, most of them innocent children, are at risk in the Horn of Africa due to the worst hunger crisis in 60 years. The Internet has come to a point where when we simply collectively reach out for what we think is right, real change often follows.

You can join Operation ShareCraft and add your own voice to the campaign. I can’t raise one million dollars on my own, but together we can.”