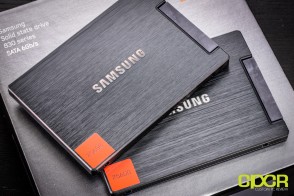 Many months back, I reviewed the Samsung 830 128GB SSD, which I thought was an amazing product capable of delivering top notch performance and a ton of value add for an extremely competitive price. At the time however, the 240GB/256GB capacity was still quite expensive and largely out of reach for most consumers looking to upgrade to an SSD. With numerous price drops occurring through the past few months, the 256GB capacity has become a lot more accessible to a larger majority of consumers, so here we are once again with a review of the Samsung 830 SSD. This time, the 256GB edition.

Similar to the 128GB edition of the Samsung 830, the 256GB edition is completely manufactured in house. Unlike every other SSD manufacturer out there who has to source at least one if not more components from 3rd parties, Samsung sources everything from themselves. Because of this, Samsung is able to control every aspect of their SSD from exactly what NAND goes into the SSD all the way to how the firmware on the controller interfaces with the NAND. This not only reduces cost for Samsung as they don’t need to pay any 3rd parties, but they also don’t need to rely on third parties when issues crop up, which was something OCZ took a lot of flak for with their SandForce SF-2281 based drives.

Since our review of the Samsung 830 128GB all the way back in early April, the SSD market has gone through a number of changes. As already mentioned, SSDs have greatly dropped in price with most top tier SSDs now in the <$1/GB range. Additionally, a number of new, highly competitive SSDs and SSD manufacturers have entered the SSD market such as the previously reviewed OCZ Vertex 4 256GB and the Kingston HyperX 3K 240GB. 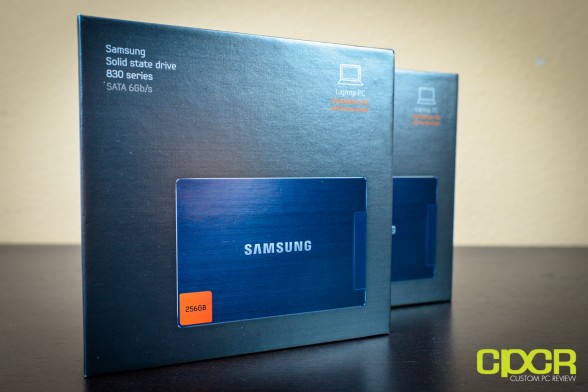 Here’s a look at the Samsung 830 256GB box. It’s quite similar to the Samsung 830 128GB with the exception that the product photo on the box is a 256GB SSD instead of a 128GB SSD. The specific model we have today is the notebook upgrade kit with the model MZ-7PC256N/AM. The Samsung 830 also comes in a desktop kit edition as well as a bare drive edition. 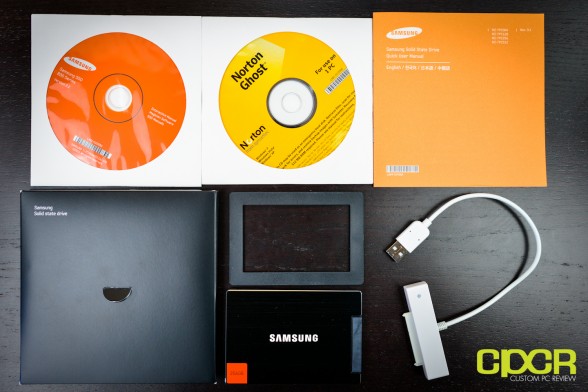 Included in the packaging for the notebook kit, you get some documentation, a copy of Norton Ghost, a copy of the Samsung’s Magician software, and a USB to SATA adapter. Additionally, the SSD also comes with a 2mm riser as it’s only 7mm thick to allow the SSD to fit into notebooks that are designed to use 9.5mm thick 2.5″ drives.

One thing to note is that when we previously reviewed the 128GB edition of the 830, it also came with a huge value add in the form of a free copy of Batman: Arkham City (~$25). With this new drive, it seems like Samsung is discontinuing the promotion, which is a huge bummer. 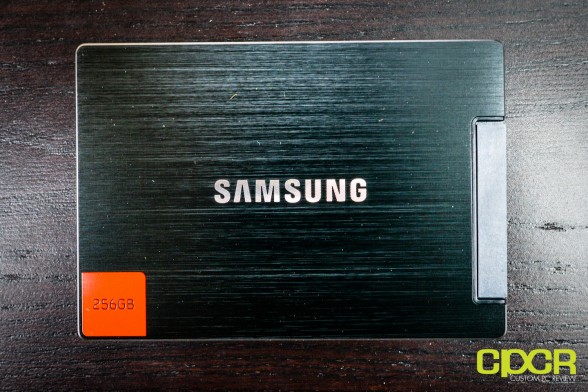 Here’s a look at the drive itself. The entire top of the drive has a very sleek brushed aluminum finish with just the Samsung logo through the middle. At the bottom left corner of the drive, we also get information on the drive’s capacity. 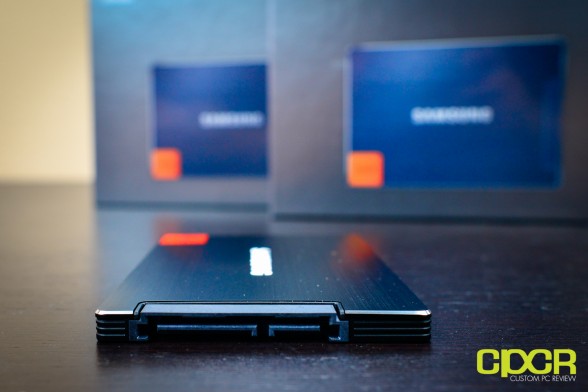 In terms of connectors, we get the standard SATA 3 6Gb/s connector along with the SATA power connector. Additionally, the Samsung 830 is especially thin, coming in at only 7 mm thick as compared to the more common 9.5 mm. This allows the Samsung 830 to fit into thinner notebooks and ultrabooks that only support 7 mm thick 2.5″ drives. 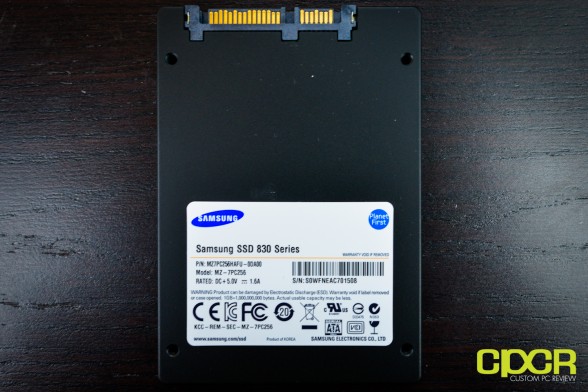 Here’s a look at the back of the SSD. Just some information about the SSD here. 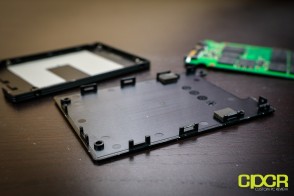 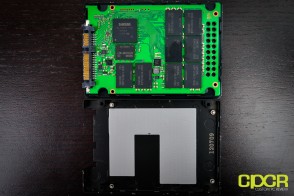 As expected from the last time I opened up one of these Samsung 830 SSDs, Samsung has designed the casing so that you must destroy it to open it. As you can see, there are many little tabs inside the casing that must be broken to gain access to the PCB.

After opening the casing and pulling out the PCB, we notice that Samsung has included a large piece of thermal dissipation material to the top cover of the SSD to help dissipate heat. 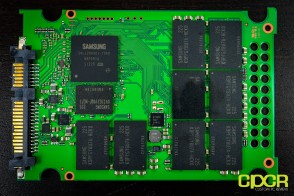 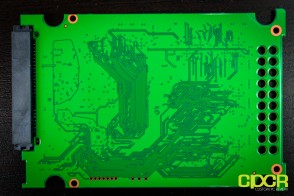 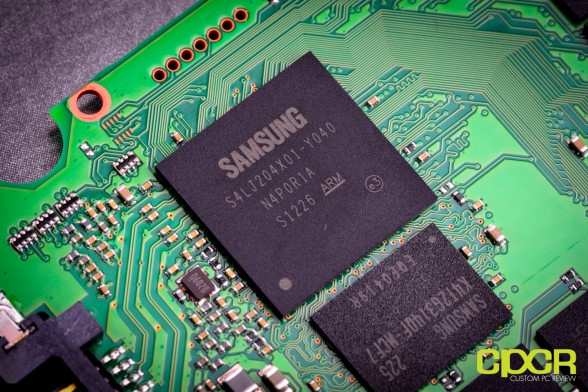 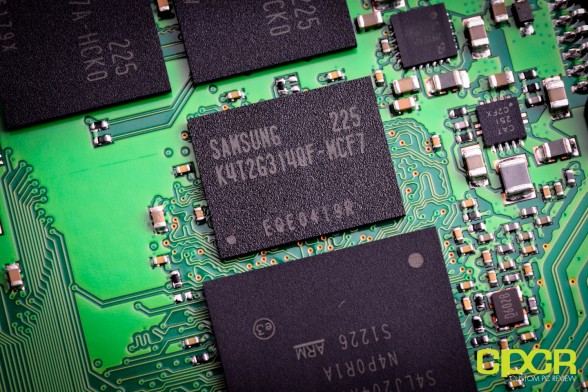 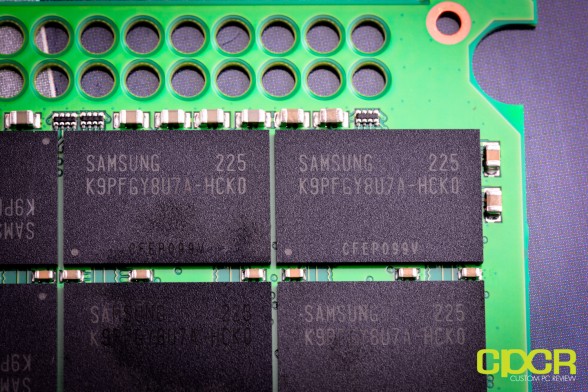 Here’s a look at Samsung’s 27nm Toggle Mode MLC NAND. According to Samsung, the NAND is rated at up to 133Mbps. As there’s 8 NAND chips onboard, each NAND chip houses a total of 32GB storage capacity. The specific model for each NAND chip here is K9FGY8U7A-HCK0. 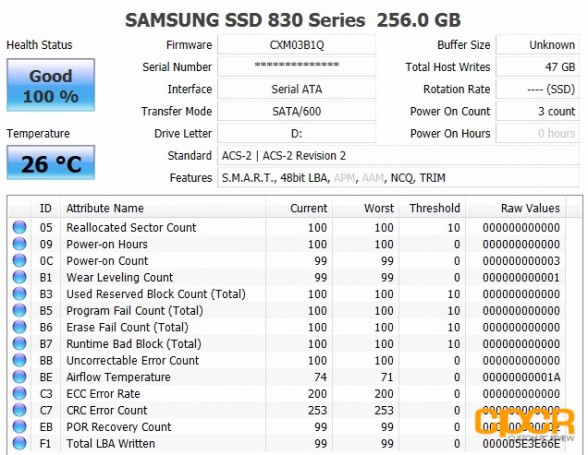 In comparison to the Samsung 830 128GB, the 25GB edition of the SSD is capable of similar sequential reads, but it’s capable of about 100MB/s faster sequential writes. This makes the Samsung 830 256GB a lot more competitive as most SandForce based drives are capable of hitting around 500MB/s+ in both read and write speeds in Atto Disk Benchmark. That said, let’s move on to some testing with incompressible data. 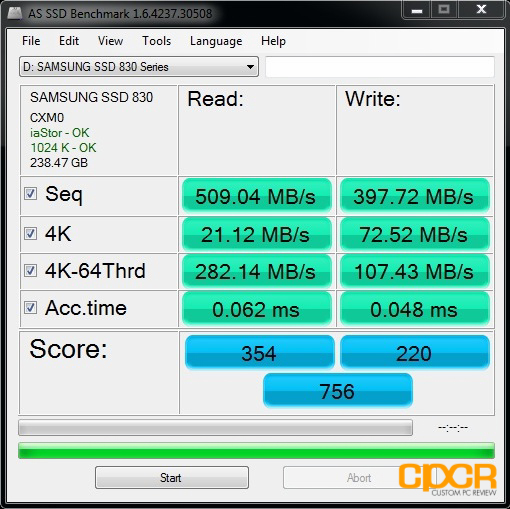 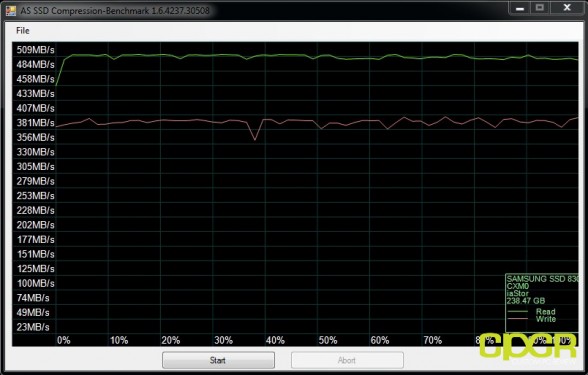 As expected from the results we’ve already seen in Crystal Disk Mark, the compression benchmark here features a very straight line. This means that performance will be identical across all levels of file compression be it compressible or incompressible. 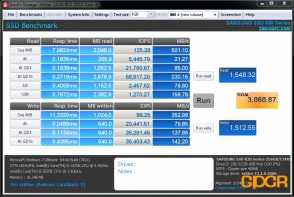 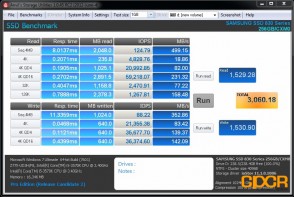 Performance seen through Anvil Storage Utilities is quite similar to what we’ve already seen from Crystal Disk Mark, AS SSD, and Atto Disk Benchmark. 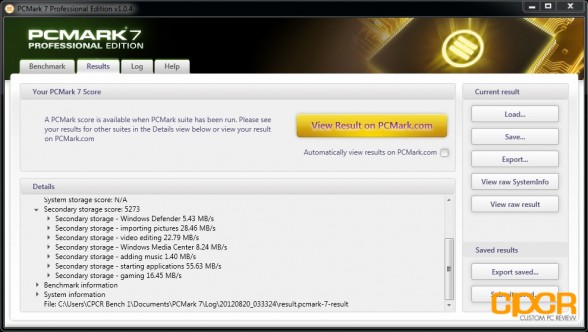 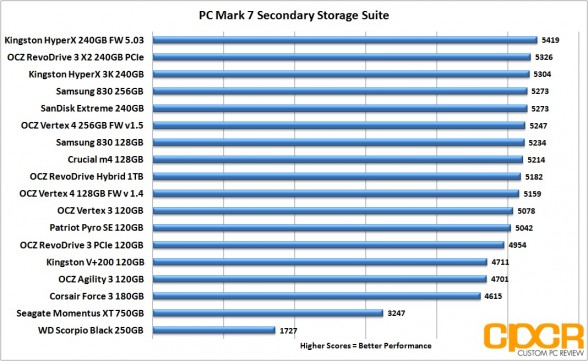 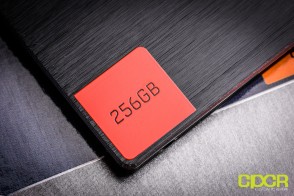 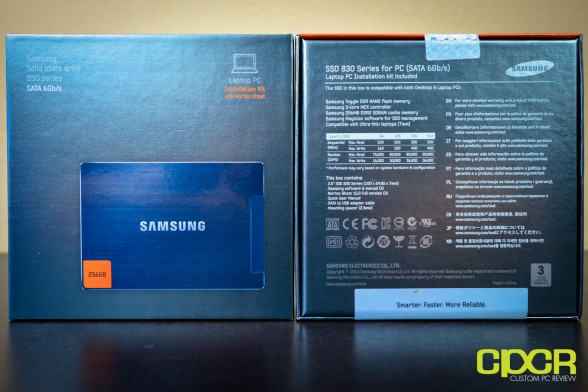 The warranty on the Samsung 830 is 3 years, which is standard for most SSDs on the market, but with companies such as Intel and OCZ giving their flagship products 5 year warranties, it would be nice to see Samsung move in that direction for their next generation offering. That said, Samsung does have an excellent track record for reliability with their SSDs, so it shouldn’t be too much of a concern.

Special thanks to Samsung for making this review possible!