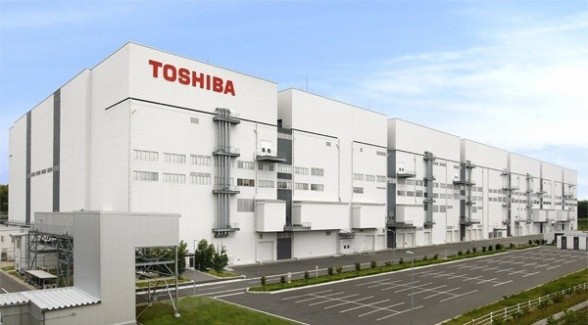 According to a recent press release, flash memory giants Toshiba and SanDisk recently announced that they’ve completed the second phase of expansion of Fab 5 at Yokkaichi Operations. Toshiba/SanDisk began construction on the second phase of Fab 5 in August of last year and the newly expanded fab has begun producing 15nm NAND flash since the beginning of this month. Currently, we still haven’t come across a single product using the new NAND although Toshiba did show off 15nm NAND wafers at Flash Memory Summit earlier this year. Toshiba/SanDisk has been producing their 15nm NAND flash since around April/May this year.

Additionally, Toshiba/SanDisk also announced that they’ve begun construction of Fab 2 at Yokkaichi Operations. Earlier this year, Toshiba/SanDisk announced plans to tear down the old Fab 2 and replace it with a new Fab 2 designed to produce Toshiba/Sandisk’s upcoming 3D NAND product. According to the timeline, the new Fab 2 is expected to be completed in Summer of 2015 with mass production to begin sometime in 2016.