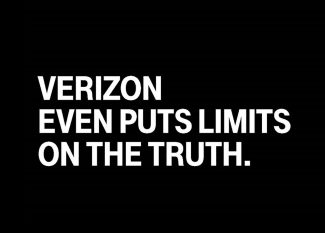 Many of us know Verizon isn’t exactly the most honest company when it comes to wireless service and many of their ads can be a bit deceptive so T-Mobile CEO, John Legere, recently released a blog post fact checking some of Verizon’s most recent claims.

According to the post, Legere shared no less than 7 claims from Verizon ads that were untrue ranging from the Google’s new Pixel smartphone being exclusive to Verizon to Verizon’s claim they have the only next generation network. Legere also put out a 4 minute, 22 second video detailing what he considers to be Verizon’s “bold face” lies.

In order to counter Verizon’s ad campaigns, T-Mobile is putting together their own ad campaign focused directly at Verizon. Legere wants you to vote on Twitter and Facebook on what you think is the best ad.