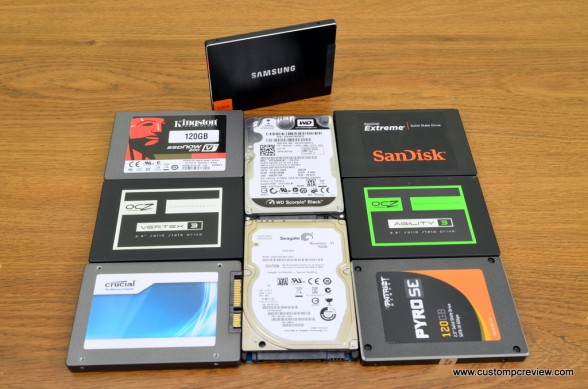 For those who haven’t yet dipped into the world of SSDs, SSDs are Solid State Drives which are computer storage devices that offer a number of advantages over the traditional hard drives we all know and love. Unlike the traditional hard drive, or HDD, SSDs don’t have any moving parts in them, so no rotating platters and no magnetic head. Instead, SSDs function a bit like your USB memory stick – silent, physically durable, low heat output, low energy consumption, and SSDs, unlike USB memory sticks, also get insane performance.  Of course, since nothing in this world is all rainbows and unicorns as there are some disadvantages to going with SSDs – namely high prices and low capacity.

For anyone who’s been frequenting our forums lately, you’ll see a number of posts on our “Hot Deals” section regarding SSDs on sale. It seems to be a general trend lately, and I’d have to say a welcome one at that. According to a recent report over at Tech Report, SSD prices have fallen on average of about 46% across all manufacturers since last year (2011). While they are still significantly more expensive than traditional hard drives in terms of price to gigabyte ratio (Seagate Barracuda 7200RPM 1TB – $0.09/GB), they have fallen quite a bit and are now much more accessible to a much greater audience.

According to the Tech Report charts, the general trend is that larger capacity drives – 120GB/128GB and 240GB/256GB tend to have the best price to GB ratio while the lower capacity drives have slightly higher price to GB ratios. Overall, the Crucial m4 256GB, a top tier SSD no less, has had the largest price cuts with current pricing right around $0.82/GB while the Intel 320 40GB has had the smallest price cuts, currently priced at around $2.31/GB.

Looks like major SSD manufacturers are actually making good on their promise to cut SSD prices. Good for us!