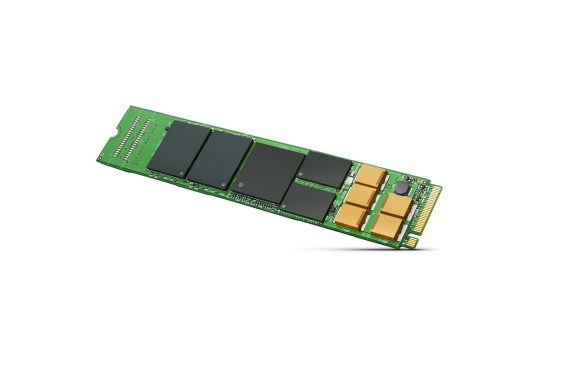 With FMS 2016 coming up soon, new and exciting products are beginning to emerge from the various flash vendors and Seagate is among the first to let loose some details of their upcoming products.

To cater to the needs of the enterprise customer Seagate recently announced the Nytro XM1440 now with capacities up to 2TB. 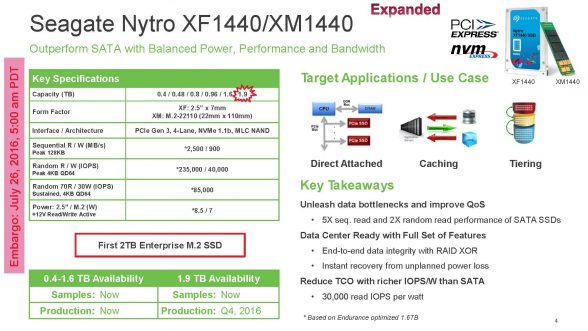 Surprisingly, this new capacity was achieved simply thanks to denser NAND packaging. Speaking with Seagate, we were told that both the NAND (Micron 16nm MLC) and the controller (Marvell 88SS1093) is the same as we’ve seen before. 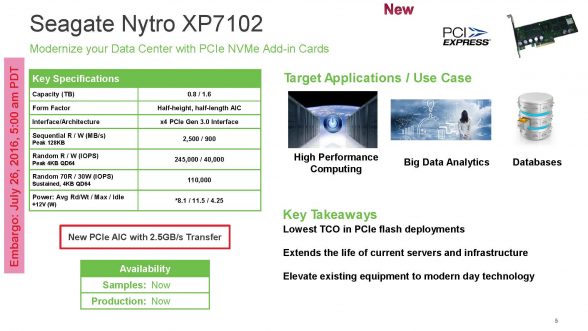 In addition to the Nytro XM1440 2TB, Seagate is also introducing the Nytro 7102 AIC to help fill the needs of their customers. The Nytro XP7102 is essentially the same thing as the Nytro XM1440/XF1440, except it’s in the HHHL AIC form factor. The Nytro 7102 is designed for customers with existing server infrastructure looking to get the performance advantages of a SSD without having to figure out how to add in a M.2 22110 or 2.5 x 7mm compatibility into their servers.

The Segate Nytro XP7102 is sampling now and in production.