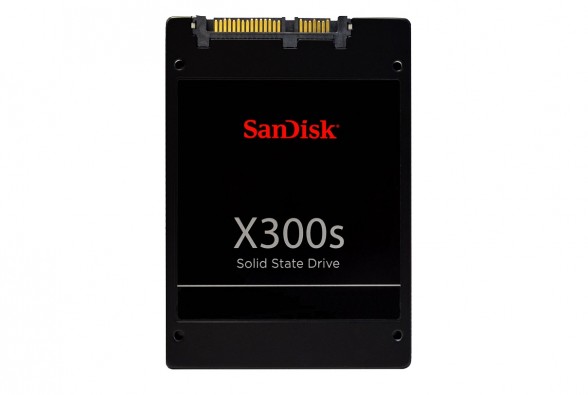 Earlier this month, SanDisk’s made some huge announcements in the enterprise SSD space by unveiling the 4TB Optimus MAX SSD and Lightning Gen. II SAS SSDs, and recently they’re also making some moves in their business SSD line as well with the announcement of a brand new business oriented client SSD, the SanDisk X300s.

For business IT deployments where data security is paramount, self encrypting drive technology will offer businesses the necessary protection without the hit on performance traditionally experienced by using software based encryption methods, and with the right SED management software, IT administrators can easily manage large deployments remotely.

Along with the introduction of SED technology, SanDisk will also offer the 2.5″ X310s in capacities of up to 1TB, double that of the older SanDisk X210. This puts SanDisk on par with Samsung and Crucial/Micron’s offerings although SanDisk is currently the only vendor to bundle SED management software along with their drive.