A mysterious Time Spy benchmark result has appeared on the 3DMark benchmark database, which may belong to AMD’s upcoming enthusiast Vega GPU. 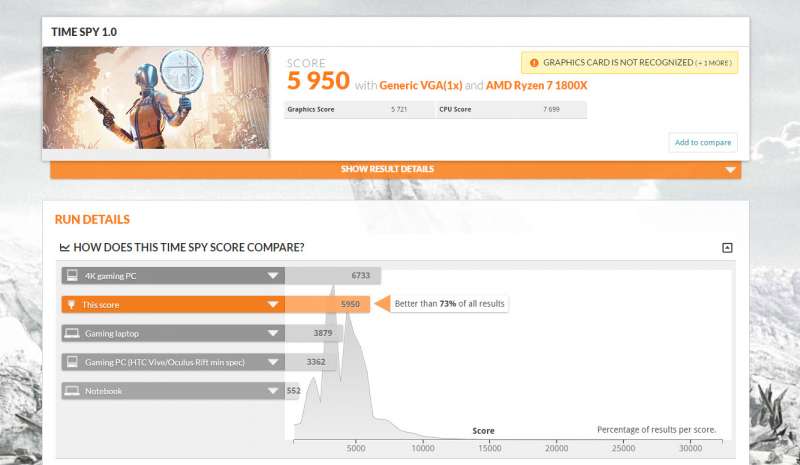 If this is indeed a Vega graphics card, the numbers are a slightly worrying. That said, there are a lot of unknowns here. First and foremost is that the card is most likely an early engineering sample with early, unoptimized drivers. The card’s 1,200MHz core clock may also be lower than the retail card since engineering samples tend to have slower clocks. This was something we saw in early leaked benchmarks of AMD’s Ryzen CPUs.

As always with any leaks, take this one with a grain of salt. AMD’s Vega GPUs are expected to launch in the 2H2017 so more information should be trickling out soon.