Only a couple more days till Christmas and it seems like OCZ is still looking to release a new SSD by this years end. This one is going to be OCZ’s Petrol line of 2.5″ SATA 3 6.0Gb/s SSD which uses their Inilinx Everest controller which features Inilinx Ndurance technology.

These won’t be the creme of the crop of SSDs, but they aren’t going to be slow either delivering up to 370MB/s reads and 250MB/s writes on the 512gb edition. Additionally, they are expected to use Asynchronous MLC memory, have a MTBF of 1,250,000 hours and a 3 year warranty. 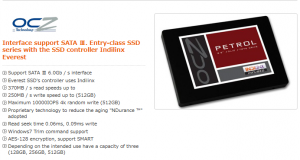 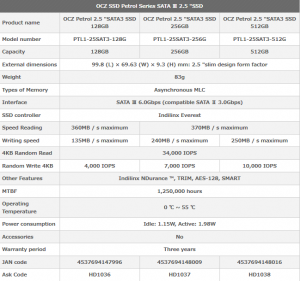