Immediately following the recently leaked images of Nvdia’s GTX970, we finally have a good look at the upcoming flagship card from the green corner courtesy of Videocardz.com. 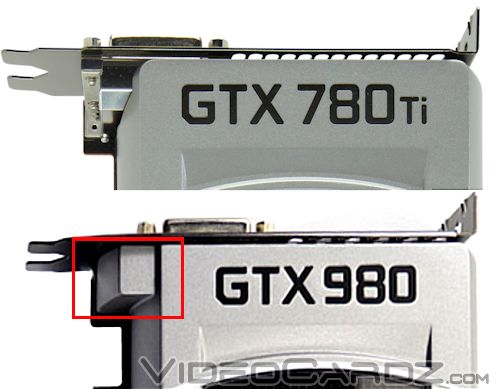 At a glance, the cooling solution doesn’t look to have changed on the exterior. It looks to feature the same blower cooler Nvidia implemented on the reference GTX 780 and 780 Ti. But a detailed look reveals some minor design changes. Considering how the cooler is designed to handle a TDP 250W, the GTX 980 should run quieter since its TDP is rumoured to be around 180W.

Nvidia has also opted to migrate the beautiful backplate on the Titan Z over to the GTX 980. 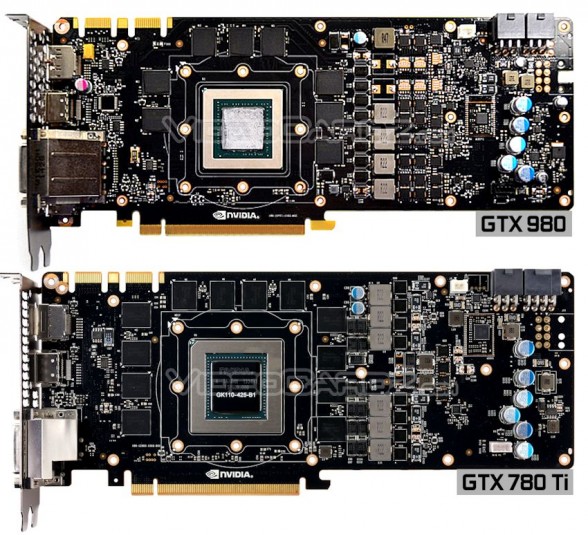 The PCB of the GTX 980 reveals some interesting specifics. It looks like it will only require two 6-pin PCI power connectors as opposed to the 6+8pin requirement of the GTX 780 Ti thanks to the power-efficient Maxwell architecture. The memory chips are now higher in density; this particular model features 4GB of VRAM. Though the GTX 980 has one less power phase than the 780 Ti, the VRMs have apparently been greatly improved. This may translate to more over-clocking potential especially considering that the cooler has lots of room for more heat. 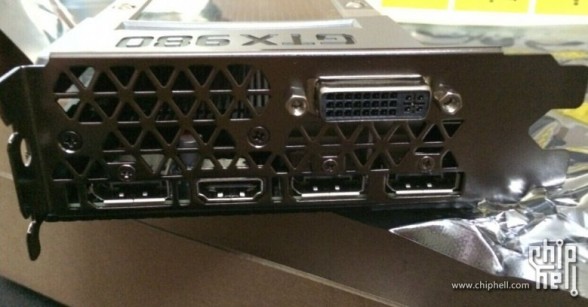 Looking at the output panel shows that the GTX 980 will have a DVI, HDMI, plus three display ports. This is unsurprising considering how this card is designed for gaming at resolutions beyond 1080p.