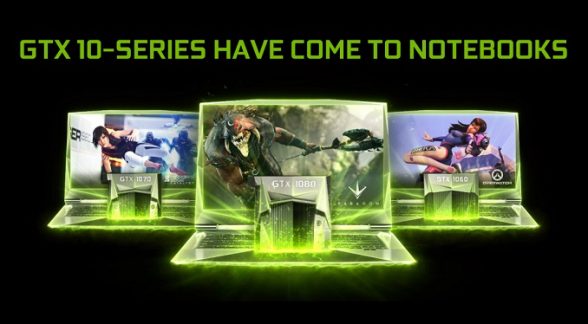 With the launch of Nvidia’s Pascal based GeForce GTX 1080, GTX 1070, and GTX 1060 desktop chips now complete, Nvidia announced today that they’re bringing Pascal to the notebooks as well. 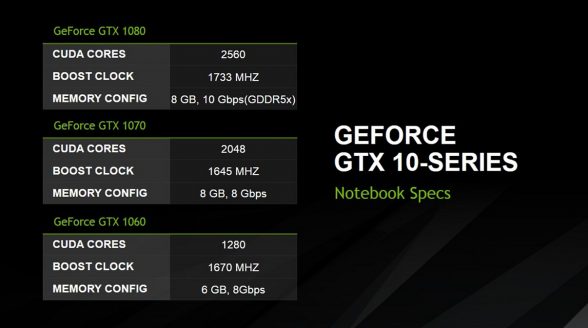 Nvidia’s launch today will bring three new notebook cards to the mix, the GeForce GTX 1080, GTX 1070 and GTX 1060. These three cards will strongly highlight the importance of the move to TSMC’s 16nm FinFET fabrication process as they’re no longer the cut down versions of the desktop cards we’re used to seeing in previous generation cards.

Nvidia is also no longer advertising these as “m” GPUs given that they’re no longer less powerful compared to their desktop siblings. However, for the purposes of clarity in this article, we’ll still refer to these as mobile chips here.

The Nvidia GeForce GTX 1080 (mobile), GTX 1070 (mobile) and GTX 1060 (mobile) is currently shipping and many of Nvidia’s OEM partners are expected to begin updating their product stacks with the new graphics cards onboard. With any luck, we’ll be seeing some of these new systems in the labs here as well, so stay tuned for more!