Microsoft has just pushed out a featured update for its Office 365 consumer and business subscribers. Among the many new features include Activity Feed and Office Lens integration on Android.

Those who’ve used any revision control system such as Git will immediately understand the concept behind Activity Feed. This new feature saves all the changes made to a file in a revertable timeline. In the past, its primary use was among programmers, but with the development of simplified GUIs, version control systems are now being deployed across all sectors of productivity.

With Activity Feed, users can view a full history of changes to files stored in OneDrive. If something goes south, Activity Feed gives the user the option of reverting the file to an older state with ease. Previously reserved for business users, Activity Feed is now available in Word, Excel, and Powerpoint in consumer versions as well. 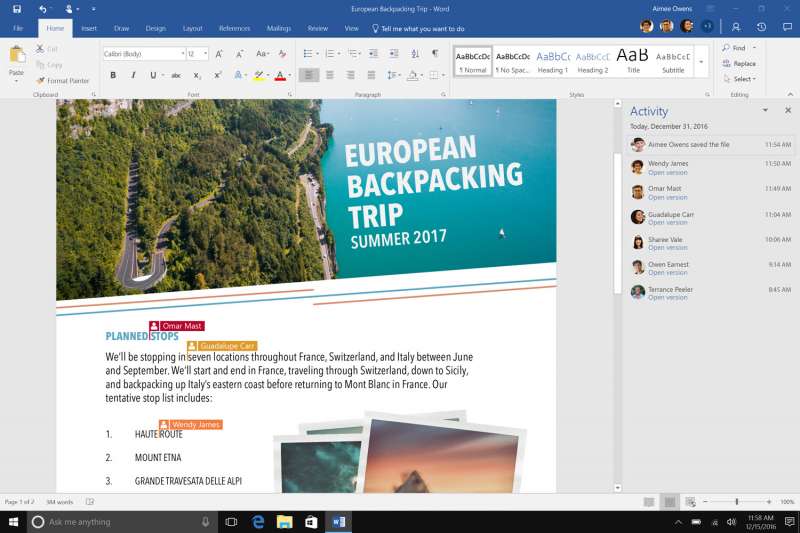 The central selling point for Office Lens is being able to transcribe diagrams and documents based on an image. This feature is now baked directly into mobile versions of Microsoft Word and PowerPoint, saving users the tedious task of finding the image and adding them to the working document. It also offers editing feature including crop, straighten, and enhance pictures. Currently, the feature supports texts and diagrams printed on business cards, documents, whiteboards, and blackboards.