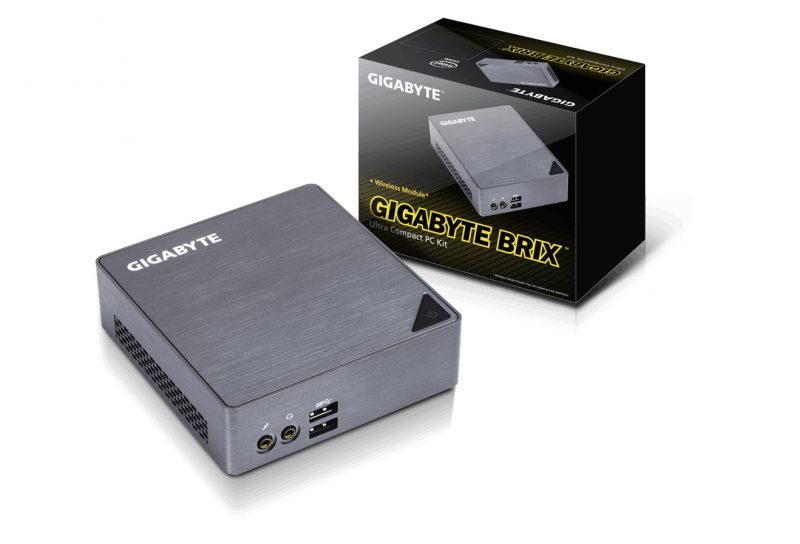 According to a recent announcement, Gigabyte is updating their popular BRIX barebones mini-PC lineup to support Inte’s new 7th Generation Kaby Lake CPUs. The updated models will feature the Intel Core i3 7100, Intel Core i5 7200 or the Intel Core i7 7500. One of the biggest features of Intel’s new CPU is Intel’s Turbo Boost 2.0 which dynamically boosts performance and graphics when needed and saving energy/keeping temperatures low when it’s not. More information about Intel Kaby Lake can be found in our previous coverage here.

Gigabyte also modernized the BRIX as well, now including HDMI2.0 and support for HDCP 2.2. With the new system, you’ll be able to handle media at up to 8K Resolutions and support multiple display outputs. As such, the BRIX could potentially be configured as both a high productivity PC and an entertainment center. Other use case scenarios may include industrial and commercial multi-display applications

More information on the new BRIX can be found on Gigabyte’s website here.