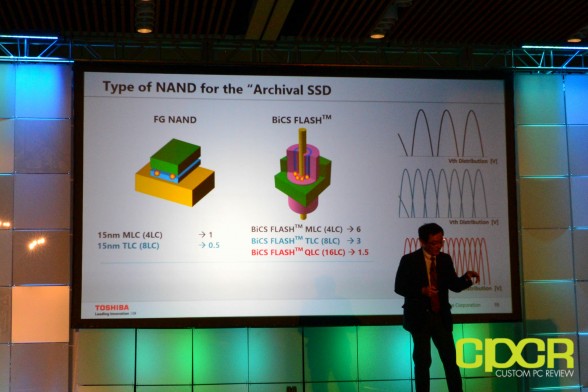 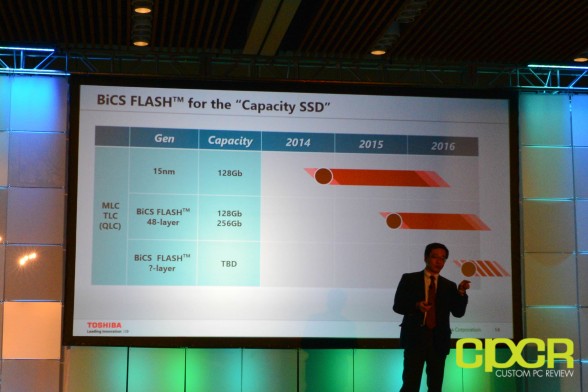 According to Toshiba, QLC BiCS is currently planned for “archival SSDs” where cost and capacity outweigh the need for performance. Toshiba believes that QLC BiCS will still carry longer endurance than current generation MLC NAND despite being able to store 4x the capacity per die. As far as I know, Toshiba is currently the only company with a QLC product on their roadmap.

Toshiba has not yet announced a release date for QLC BiCS.