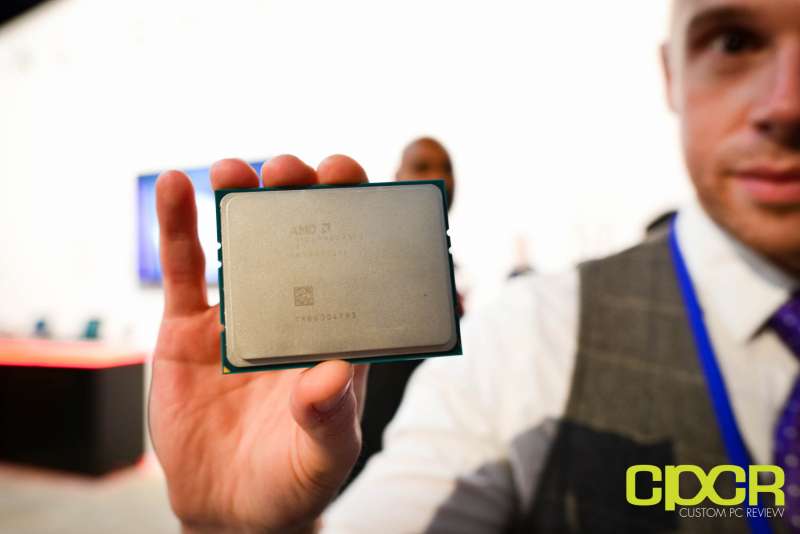 As AMD had already made all their big announcements at Computex, their presence at E3 was fairly limited to supporting their OEM partner, Alienware, which had recently announced their Area 51 Gaming PC supporting AMD’s new HEDT Ryzen Threadripper platform.

At the show, AMD brought along some of their new Threadripper CPUs to show off, giving us an opportunity to take a closer look at an early engineering sample of the massive Threadripper chip in all its glory.

Aside from the sheer size, which is due to Threadripper being essentially two Ryzen dies on a single chip, the most interesting aspect of the Threadripper chip is that AMD has chosen to adopt a LGA (Land Grid Array) design rather than the PGA (Pin Grid Array) design which AMD has traditionally used. As such, there are no pins located on the processor and all pins will be located on the socket instead. AMD is expected to utilize the 4,094 pin TR4 socket for Threadripper. 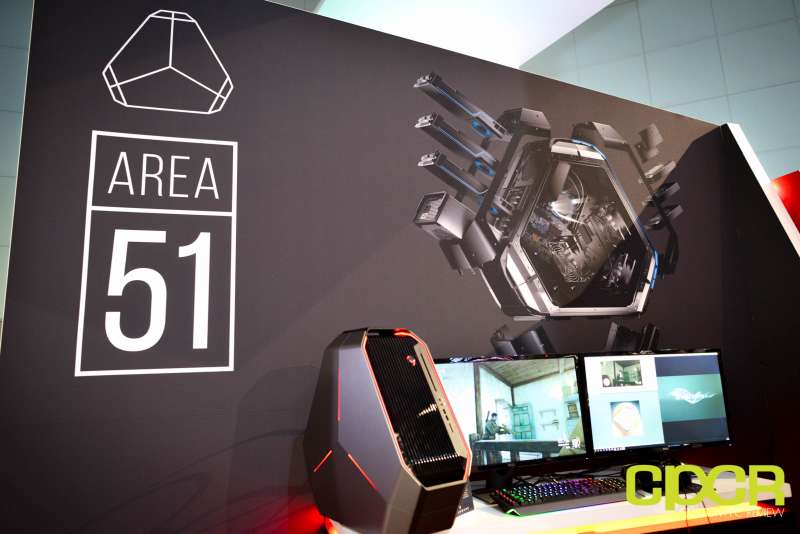 While AMD hasn’t released any hard dates on when Threadripper will launch, the Alienware Area 51 Threadripper Edition will begin shipping on July 27th. Whether Threadripper chips will be available on retail shelves on that date however, will remain to be seen.