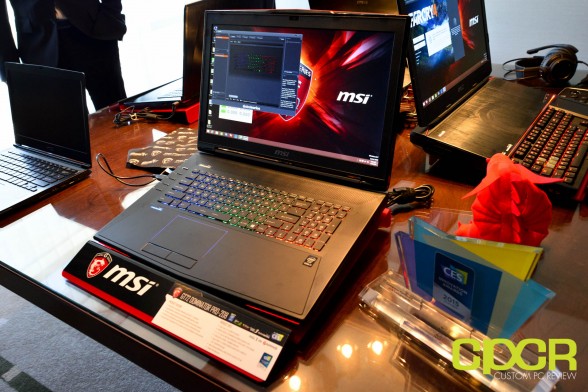 MSI’s biggest gaming laptop introductions at CES 2015 were without a doubt the Cherry MX mechanical switch packing GT80 Titan SLI and the dockable GS30 Shadow, but they also refreshed a couple other gaming laptops as well including the MSI GT72 Dominator Pro.

While this is already pretty powerful, the biggest feature for the MSI GT72 Dominator Pro however, was the fact that it’s officially going to be the first laptop to support USB 3.1, which is capable of transfer rates up to 10Gbps. MSI was also proud of the fact that the GT72 Dominator Pro houses a standard MXM GPU which is upgradeable as long as you can get the laptop to a MSI designated repair center.

The MSI Gt72 Dominator Pro-208 is expected to retail for around $2,999.99 and should be available in the coming weeks. 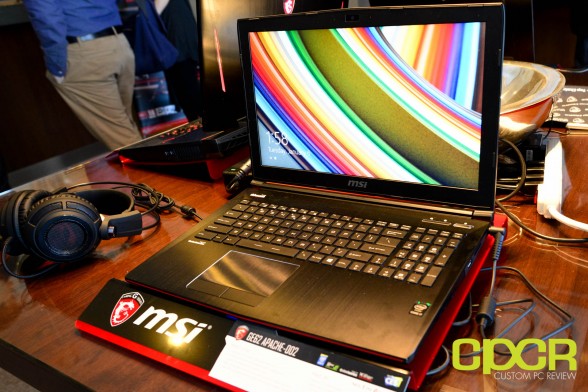 Relatively speaking, the GE62 Apache doesn’t go overkill on specs, but it’s a mainstream gaming laptop designed to be competitive in price. Additionally, with a footprint of 16.49″x 11.02″ x 1.14″ and a weight of 5.95lbs, it’s light and small enough to be carried around comfortably – or as comfortably a 15.6″ laptop can be carried around.