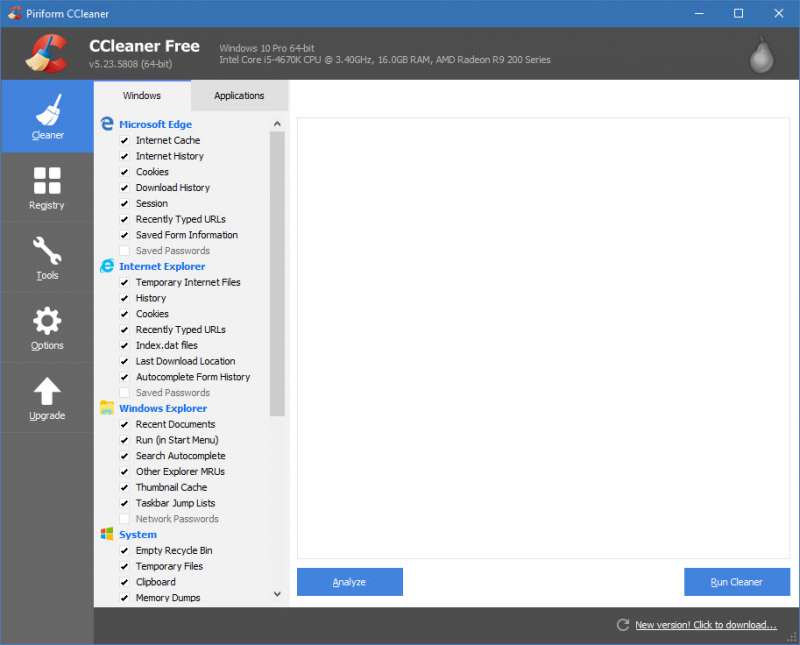 Popular Windows optimization utility CCleaner has a serious problem right now as a recent blog post by their VP of Products, Paul Yung reveals that hackers have compromised recent versions of CCleaner, installing a backdoor utility into the application that would allow hackers to remotely access systems with CCleaner installed.

The security issue which was discovered on September 12, affected the 32-bit version of CCleaner version 5.33.6162 and CCleaner Cloud version 1.07.3191. Hackers were able to illegally modify the application before it was released and was able to introduce the malicious code. The malicious code not only granted attackers remote access to infected systems, but it also collected information about a victim’s system such as the name of the computer, list of installed software, running processes, MAC addresses, and more. This led to the discovery of the malware as Piriform, the company behind CCleaner, noticed the application was sending data to an unknown IP address.

Shortly after the discovery of the malware, Piriform contacted law enforcement and the servers receiving information have already been taken down. For those using CCleaner, it’s highly recommended to update to the latest version, which is available at Piriform’s website here.