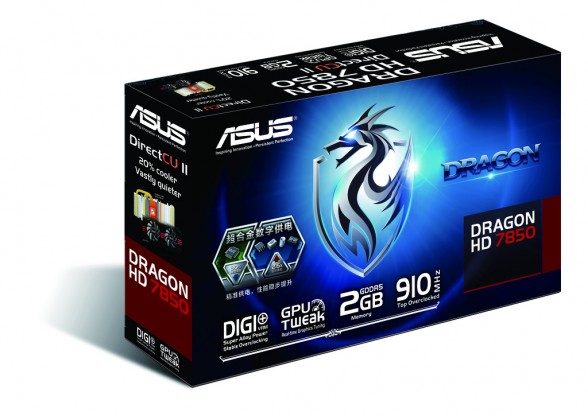 Those fans of the awesome ASUS Direct CU II cards are in for a real treat today!

According to a recent article over at Videocardz, it seems probable that ASUS is preparing a new AMD based DirectCU II card, the Radeon HD 7850 DirectCU II Dragon Edition. What makes the dragon edition different? Well, it’s got a core clock of 910 MHz, 2GB of GDDR5 clocked at 1250MHz (5000 MHz effective). Additionally, it looks like the Dragon Edition is using a single heatsink with three large heatpipes as well (8mm perhaps?) instead of two heatsinks connected via heatpipes as seen from current generation DirectCU II coolers. It will also feature dual 80mm fans to dissipate heat from the heatsink array. 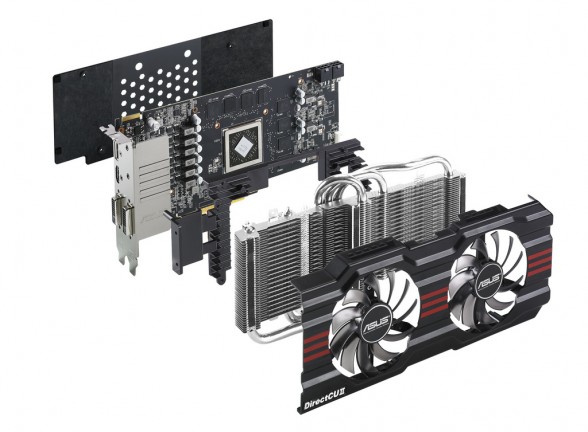 Connectivity options include DVI-I, DVI-D, HDMI and DisplayPort. The card will also require two 6 pin power connectors. As far as other specs go, the DC II Dragon Edition will get a custom PCB with 6+3 power phases and feature a pretty sweet looking backplate as well. Who else is digging the dragon logo here? Awesome! 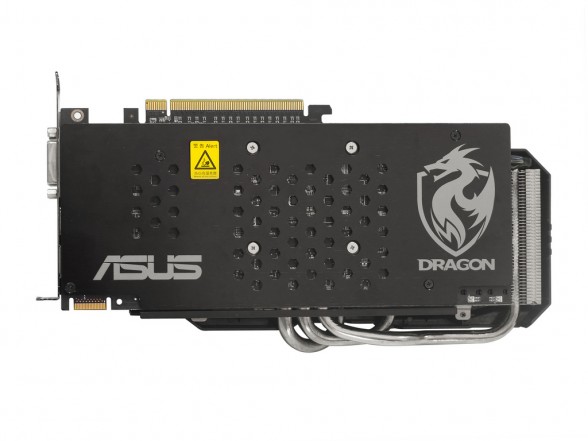 Pricing is currently $361 and is already available in China. Unfortunately, no further information available on availability anywhere else, but we’ll definitely be keeping a lookout for this new card!