According to a recent post over at Forbes, Amazon’s Elastic Compute Cloud in North Virginia went down at 11:21 PM EST yesterday due to inclement weather in the D.C. area, taking with it many of the world’s largest web services including Netflix, Pinterest, and Instagram. 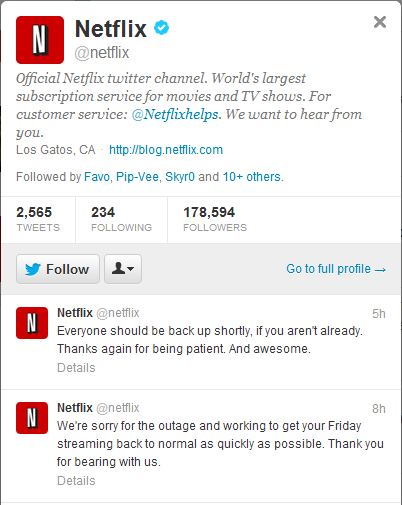 Of the many services to go down, among the first to return was video streaming giant Netflix, who as of approximately 6 hours ago at ~1:15 AM EST, came back online. At the time, Pinterest and Instagram were still making attempts to resolve their issues. Status updates were went out via Twitter after loads of angry tweets came pouring in. 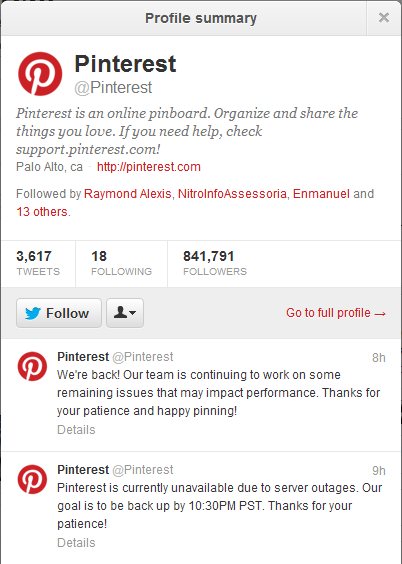 Pinterest was the second to come back online approximately 5 hours ago at ~1:50 AM EST. At this time, Netflix had already returned to fully functional status; however, Instagram was still down. 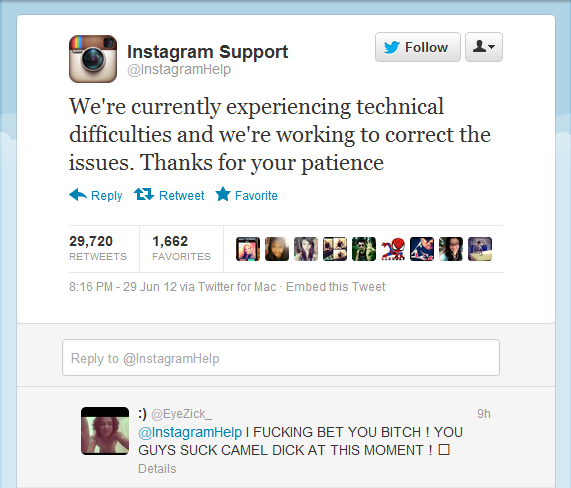 As of this moment, Instagram is still down without any ETA on its return. As you can see, Instagram users aren’t thrilled.