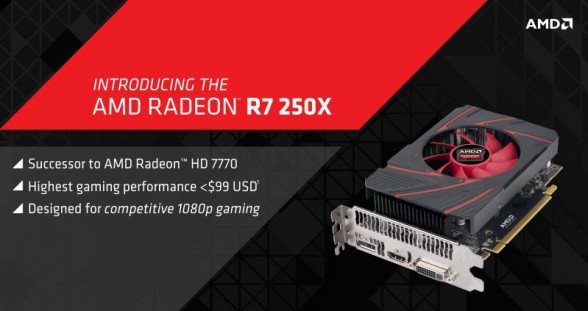 Arriving without any noticeable fanfare, AMD recently launched their new Radeon R7 250X GPU which is expected to come in at a very attractive $99 price tag.

The AMD Radeon R7 250X, which is essentially a rebranded AMD Radeon HD 7770 GHz edition, is expected to fill the gap between the Oland based R7 250 and the new Bonaire based R7 260/R7 260X. As far as specs go, the Radeon R7 250X is quite competitive against the current Radeon R7 series lineup sporting a 1GHz clock speed, 2GB GDDR5 VRAM, 640 stream processors, 40TUs and 16 ROPs.

While it’s a rebrand, the Radeon R7 250X is definitely looking to be quite a great option for those in the market for a sub-$100 graphics card. 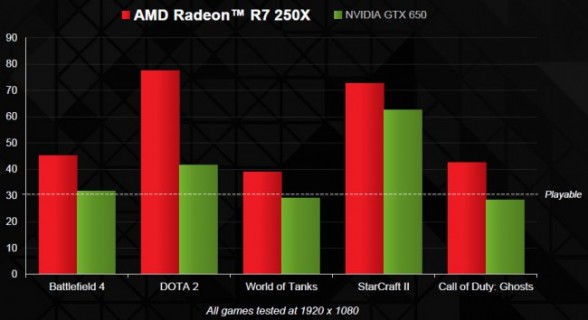