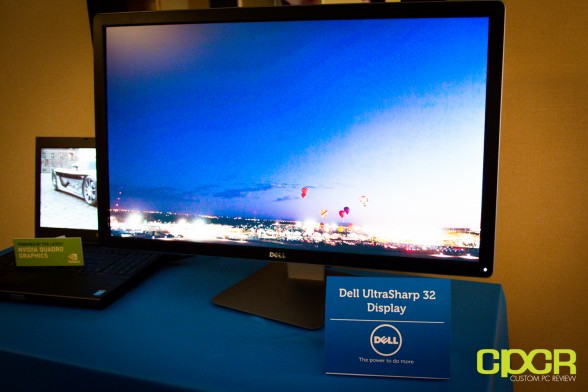 Behind closed doors here at SIGGRAPH 2013, Dell recently pulled the wraps off their latest Ultrasharp 32″ display. This gargantuan display is expected to be Dell’s flagship professional series monitor featuring an Ultra HD resolution of 3840×2160 (140ppi) based off of Sharp’s IGZO (Indium Gallium Zinc Oxide) display technology. As expected of a Dell Ultrasharp display, the monitor will feature a wide color gamut of 1.07 billion colors, a whopping 64 times more colors than a standard TN panel based monitor. 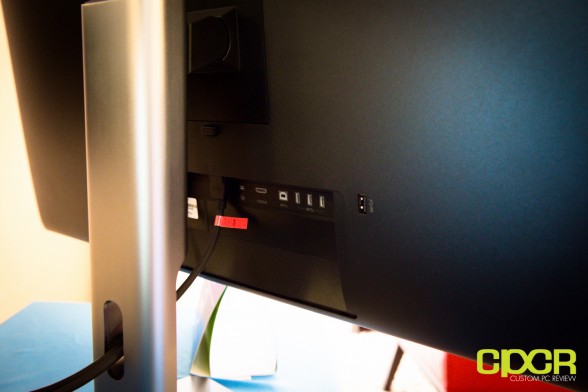 Connectivity options include DisplayPort, mini-DisplayPort and HDMI. There’s also a built in USB 3.0 hub as well as a SD card reader as well. Panel aside, Dell is also giving the Ultrasharp 32 a full aluminum stand rather than the usual plastic stands generally found with Dell monitors.

During my meeting with Dell, I had the opportunity to personally take a look at the screen and I’d have to say I’m quite impressed with the panel. Colors were extremely vibrant, viewing angles were quite comparable to top IPS panels on the market and unlike some professional screens out there (looking at you, Apple), the entire Ultrasharp 32 screen is coated in a nice, non-relective matte finish, which Dell tells me has been tweaked for better performance over previous Ultrasharp displays. For the gamers out there interested in the panel, Dell is claiming that the IGZO display will have similar response times current IPS based Ultrasharp monitors (~6-7ms).

No official word on pricing at this time although I’d expect the display to be priced somewhere in line with ASUS’s 31.5″ Ultra HD display, which currently runs for around $3,500. Dell expects the monitor to be available in Q4 of this year.