At CES 2014, CyberPowerPC displayed its ability to innovate with a variety of new systems in all formfactors. 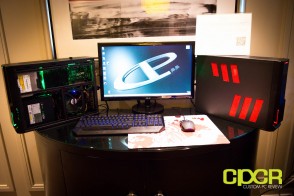 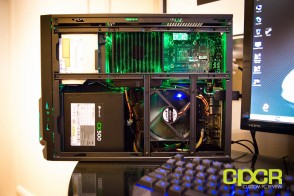 For 2014, it’s all about small form factor and CyberPowerPC definitely has big plans for this segment. For small form-factor performance enthusiasts, CyberPowerPC introduced the Zeus Mini small form factor gaming PCs. The Zeus Mini can be built around either AMD’s Kaveri platform or Intel’s Haswell platform and options will be available for either AMD or Nvidia graphics cards depending on user preference. Despite its small size, it’s capable of carrying even the most powerful single GPU graphics cards due to its unique vertical graphics card mounting design.

The Zeus Mini will be available later in January 2014. 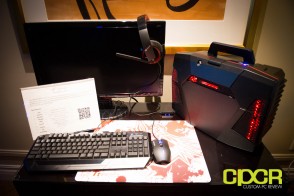 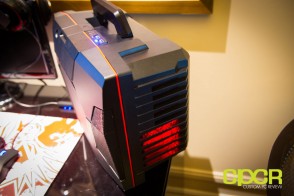 Designed for LAN warriors, the Fang Battle Box features a briefcase-like design to make transporting easy. The components can be conveniently accessed by laying the case on its side and flipping open the top cover.

The Fang Battlebox will be available sometime in Q1 2014. 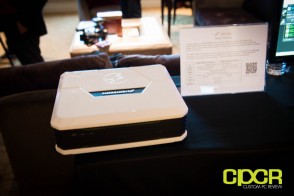 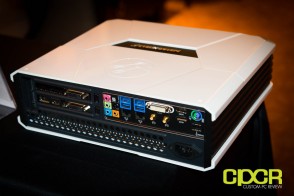 The CyberPowerPC Steam Machine is expected to be available in Q2 2014. 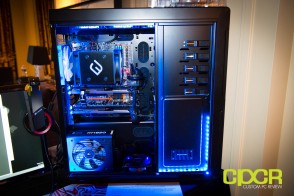 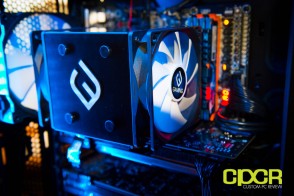 CyberPowerPC also showed off their V3 VoltAir CPU cooler, which will be a cooling option for future CyberPowerPC systems. The V3 VoltAir CPU Cooler uses a TEC (Thermal Electrical Cooling) design where heat is transferred between two metal plates. When one plate is induced with an electrical current, its surface temperature will always remain cold while the other plate transfers heat from the CPU to the cooled plate. With dual 120mm fans, it’s capable of cooling capacity up to 250w TDP.